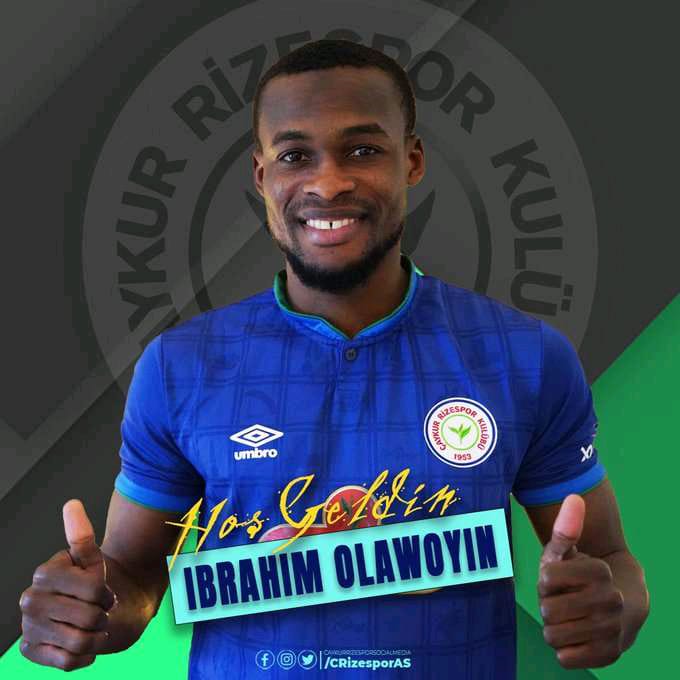 The Turkish Super Lig side Caykur Rizespor has announced the signing of Nigeria’s International Ibrahim Olawoyin.

Former Rangers International of Enugu player spent the first half of the season in the Turkish second division with Kocienrengucu.

His performance in the second-tier league draws attention to him within Turkey and beyond.

He has been in training camp with Rizespor in the days but both parties have finally agreed on a deal.

” Çaykur Rizespor has reached an agreement in principle with Ankara Keçiörengücü for the transfer of İbrahim Olavoyin to our club.

We say “Welcome” to Olavoyin and wish him success in his new team. It is announced with our respect to our community and the public”, the club statement confirmed.