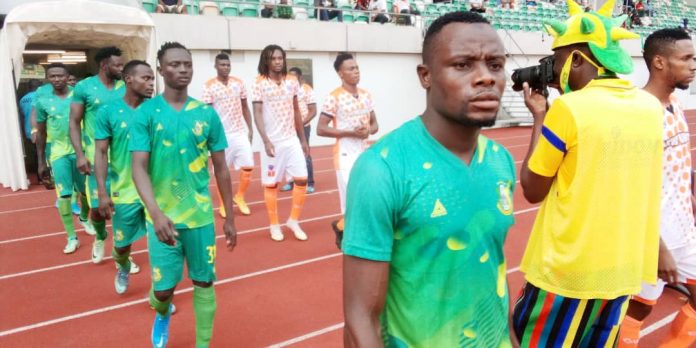 Nigeria’s representatives in the 2021/2022 Caf champions league and confederation cup, Rivers United and Enyimba international football clubs has approach Kano Pillars football club for the services of two of its Players.

This was disclosed by the Sai masu gida chairman Alhaji Surajo Shaaibu Yahaya Jambul through the club’s media officer, Alhaji Malikawa at the club board meeting held on Monday evening in Kano.

According to the club’s chairman, Rivers United want Auwalu Ali Malam on loan for six month, a negotiation already in its advance stages, while Enyimba outrightly want to buy energetic attacker Samuel Stone.

The chairman also said all negotiations are underway with interest of the players in mind as the team is ready to let go of any player who wants to seek a new challenge somewhere else within or outside the country.

He as well pointed out that the club as contacted some players with the view of inviting them for trials in the club ahead as a means of reinforcement for the coming season.

In the same vein, he made it clear that some of the players presently at the club will not be with them going into next season, indicating that only those contacted by the club via phone calls would resume training with Pillars as preparations for next season is set to commence in a couple of days.