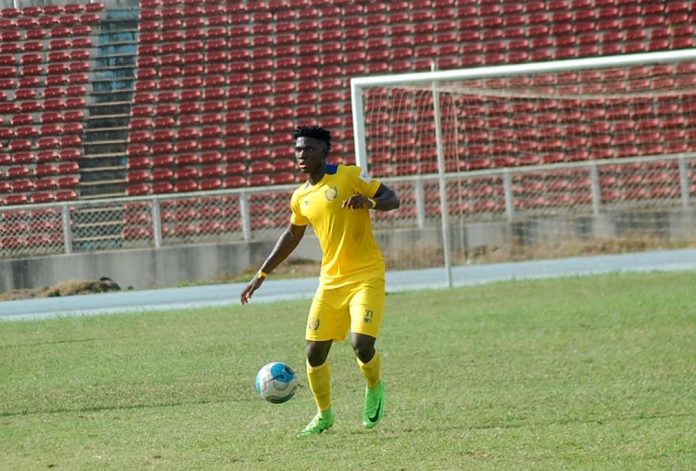 Ahead of their continental engagements, clubs from the Nigeria Professional Football League and the Nigeria National League have began the recruitments of players.

Akwa United
Akwa United have been very active in the transfer market with recruitments done to virtually every playing position.

James Ajako officially joined the 2021 NPFL champions, Akwa United from relegated Jigawa Golden Stars on a two year deal. The left back is expected to help fortify the defense of the Promise Keepers going into the continent.

Dakkada midfield maestro, Isaac George has also crossed to Akwa United Issac George was solid in the mid-field for Dakkada in the just concluded season. His teammate, Austin Osayande has also joined Akwa United from Dakkada FC ahead of the 2021/22 NPFL season.

Enyimba FC
Enyimba FC of Aba will be campaigning in the CAF Confederation Cup and in preparation for that, they’ve been active in the transfer market.

Nasarawa United’s right-back Chigozie Obasi is on his way to Enyimba. Also confirmed to be on their way to Enyimba are; Ekene Awazie from Enyimba. Awazie is seen as a suitable replacement for Anayo Iwuala who joined Tunisian side Espérance from Enyimba. With FC Ifeanyi Ubah relegated, it is sure they will want to cash-in on their talisman whose eight goals could not save them from relegation.

A massive clear out is also expected in the backline of Enyimba with Adekunle Adeleke of Abia Warriors, Pascal Eze of Heartland and Leke Ojo from Abia Warriors expected to join in the coming days. Players and club have agreed in principle.

Rivers United
Former Delta Force and Heartland FC goalkeeper, Sochima Victor has joined Rivers United from relegated Jigawa Golden Stars. The goalkeeper signed a one-year deal with the NPFL giants until the end of the 2021/2022 season.

Rivers United have opted not to offer defender Ifeanyi Anaemena a contract renewal after his deal expired at the end of the season.

The teams that will represent Nigeria in the CAF Club competitions are fortifying their teams ahead of the kick off.