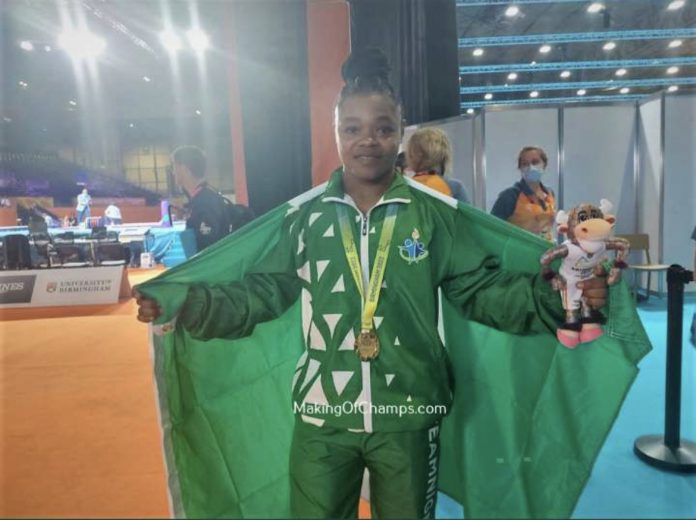 Lawal was in dominant form in Women’s 59kg Weightlifting, lifting Nigeria’s 2nd gold medal as she did it in style breaking three Games’ records to lift a combined total of 206kg.

“I’m so excited and happy because I didn’t expect what happened on Sunday. I wasn’t under any pressure because of the support my English opponent received from the home fans. I’ve trained very hard and my target coming here was to get the gold medal,” Lawal told Making of Champions.

Lawal became the third Team Nigeria weightlifter to win a medal in the event after Edidiong Joseph Umoafia won bronze in the Men’s 67kg and the first gold medalist for Team Nigeria at the 2022 Games Adijat Adenike Olarinoye in the Women’s 55kg.