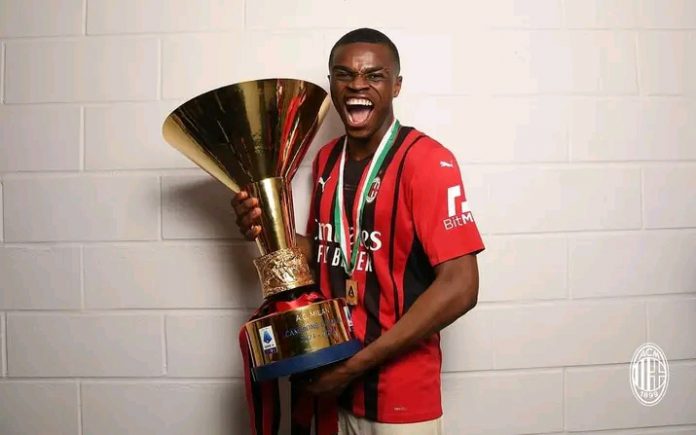 Tottenham are the newest club to have an interest in signing AC Milan defender Pierre Kalulu.

The Premier League giants are hoping to improve their squad for boss Antonio Conte in the January transfer window.

Signing a central defender is a key priority for Conte and sporting director Fabio Paritici.

Inter Milan stars Alessandro Bastoni and Milan Skriniar are two options, while the links to Kalulu have emerged recently.

Per Calciomercato, the Frenchman will become Spurs’ priority if they cannot convince Inter to sell Bastoni or Skriniar.