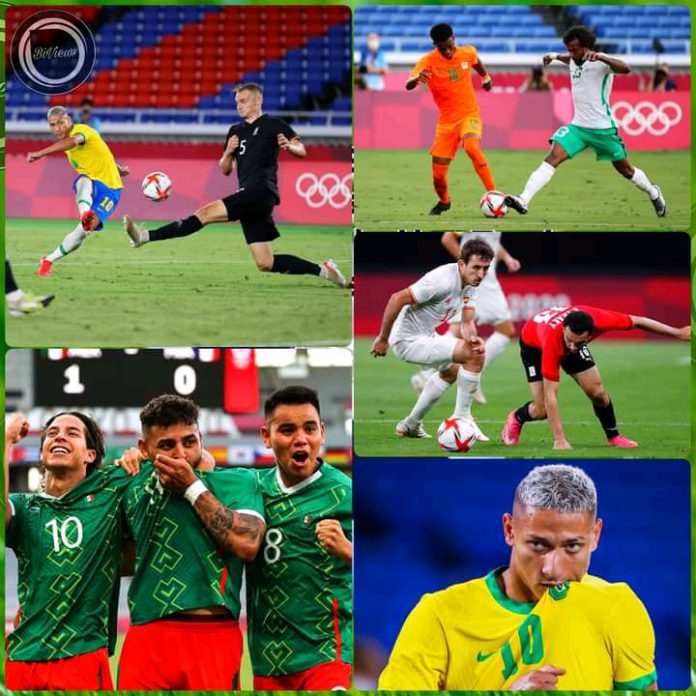 The male football event of the 2020 Tokyo Olympics kick off on Thursday with Brazil and México recording big wins against big guns.

In group D, Brazil outclassed Germany 4-2 in what was the opener of the football games for the men while one of Africa’s representative, Côte d’Ivoire defeated Saudi Arabia despite getting a man sent off during the encounter.

Host, Japan pipped South Africa by a lone goal in their group A opener and in the other group game México whitewashed France by 4 goals to 1.

Romania and New Zealand recorded an identical 1-0 win against their group B opponents (Honduras, South Korea) and in group C it was a shocking result as Australia defeated Argentina 2-0 while Egypt held Spain to a goalless draw.