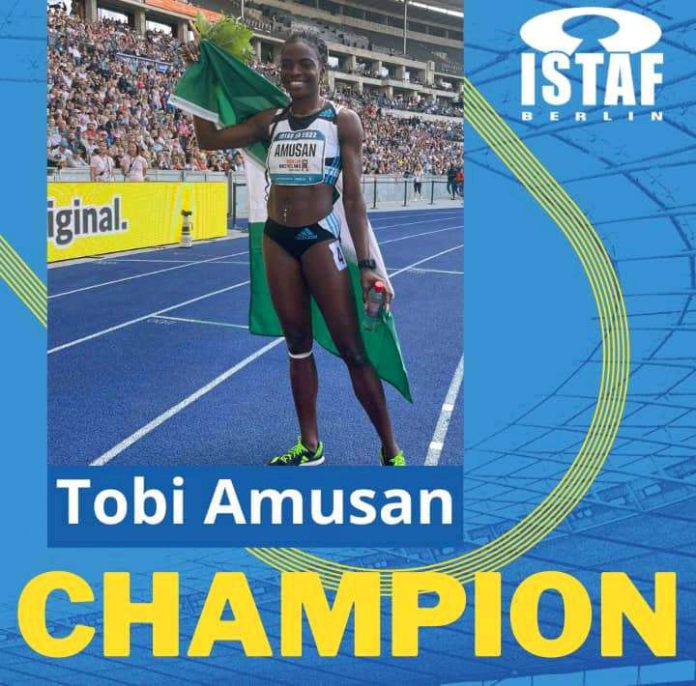 The Nigerian returned to winning ways after she breezed to an easy win in women’s 100m Hurdles final at the Berlin Olympic Stadium, despite problems at the last hurdle.

Amusan who came second place in the Lausanne Diamond League two weeks ago, won the race by more than one-tenth over her closest challenger.

However, Amusan will be burning the tracks again this week as she alongside Ese Brume will be competing in the Diamond League final in Zurich.