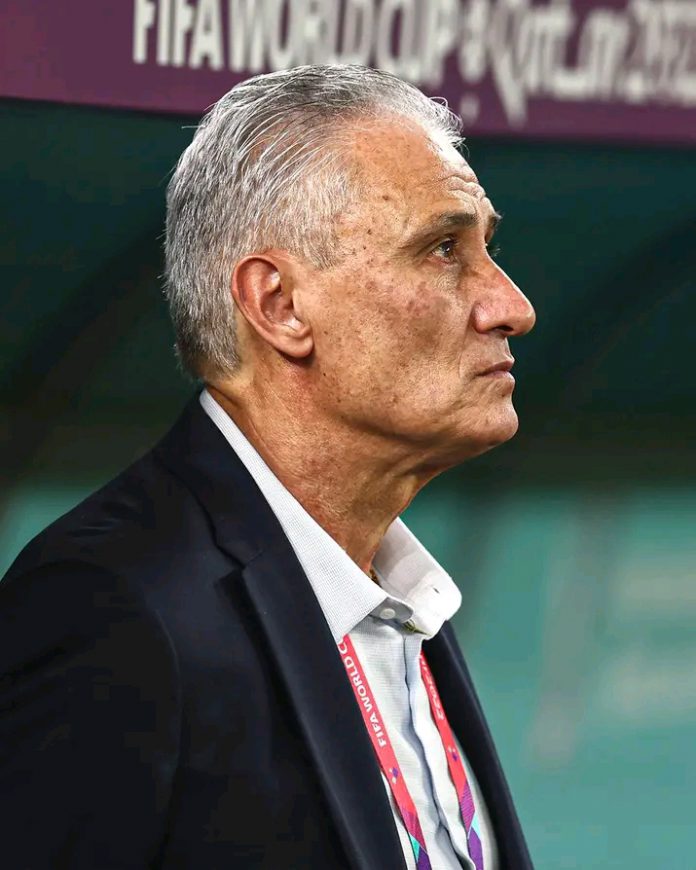 Tite has stepped down from his role as Brazil head coach following their shock exit from the World Cup.

The South Americans were tipped as pre-tournament favourites to go all the way in Qatar and put in a number of stunning displays along the way.

But a resilient Croatia side defeated them on penalties 4-2 after holding them to a 1-1 draw after extra time.

Speaking after the match, Tite said: ‘The cycle ended and I said that one-and-a-half years ago and I keep to my word. We cannot make a drama. There are other

The 61-year-old took over Selecao in 2016 and won the Copa America in 2019. Brazil, however, lost in the quarterfinal stages in successive World Cups including the 2018 edition where it lost to Belgium