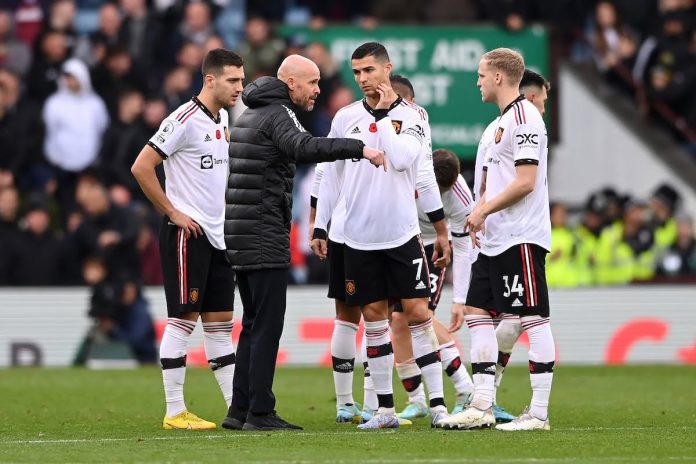 Cristiano Ronaldo has aimed a brutal dig at young players especially those at Manchester United comparing them to 12-year-olds.

This comes from his explosive interview with Piers Morgan, in which Ronaldo hit out at Manchester United boss Erik ten Hag, former team-mates Wayne Rooney and Gary Neville as well as the Glazer family, who own the club.

The 37-year-old striker who also aimed a dig at Ralf Ragnick, has been fined £1m for the interview.

Ronaldo, who was desperate to leave United in the summer, has now been linked with a move to German giants Bayern Munich in January while Ronaldo’s former club Sporting Lisbon are also still keen on signing him despite the interview.

Quizzed by Morgan about some of his younger team-mates at United, Ronaldo said: ‘I don’t think that word [respect] is the best one, they live in a different era.

Asked about the difference between United’s young players and players his own age, Ronaldo added: ‘The hunger. They have things more easily.

‘Everything is easy. They don’t suffer, they don’t care. I don’t mean just Man United, but all teams. They are not the same as my generation.

‘But we cannot blame them. It is part of the life of the new generation, the new technologies which distract them from other things.

‘They are not the same. They listen, but they hear one side [and it goes out the other ear]. It doesn’t surprise me, but it is a shame.

‘If they have the best examples in front of them, if they don’t at least copy what you did, it’s kind of weird.