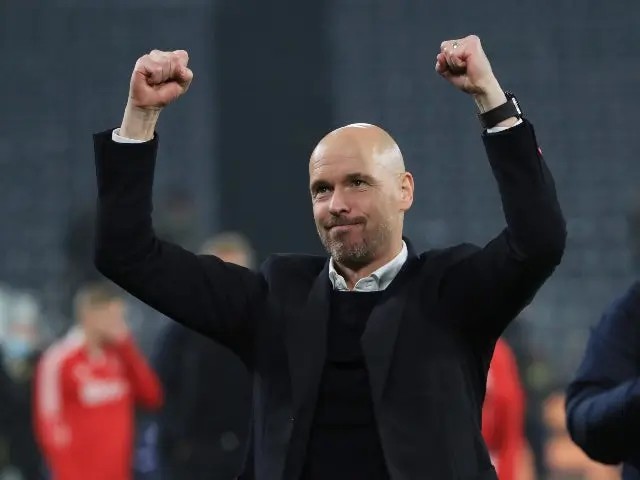 Erik ten Hag’s transfer budget at Manchester United could reportedly be boosted to around £230m if several first-team players are sold in the summer.

The 52-year-old was officially appointed as United’s new boss last Thursday, and he will leave his post at Ajax to succeed interim head coach Ralf Rangnick at the end of the season.

Rangnick recently claimed that ‘significant changes’ will be made to the first-team squad this summer and suggested that as many as 10 players could leave the club.

However, ESPN, via the Daily Mirror, reported that United’s hierarchy has told Ten Hag that an overhaul will not be required this summer, with the club seeking an evolution rather than a revolution.

Despite one report suggesting that Ten Hag will be handed a £200m budget, ESPN added that the Dutchman would initially receive between £100m and £150m to spend on new recruits, which could be boosted to around £230m by selling first-team players.

Furthermore, Anthony Martial, Alex Telles, Aaron Wan-Bissaka, Eric Bailly and Phil Jones have all allegedly been put up for sale, and the Red Devils could recoup around £80m should they sell all five players in the summer.

Man United has been linked with a plethora of players ahead of the summer window, including West Ham United’s Declan Rice, Benfica’s Darwin Nunez and Barcelona’s Frenkie De Jong.