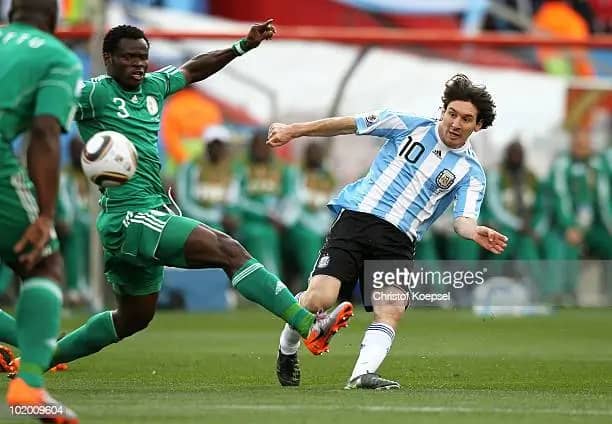 Even at the ripe old age of 36, former Super Eagles star, Taye Taiwo, has said he would keep on playing because he still has a lot to give in the game.

Taiwo has now signed a year’s deal with Finnish club, Salon Palloilijat.“The reason I can play football actively now is that I still have plenty left in the tank,” he told the BBC. “A lot of people always say that Africans retire early, but I am a living proof that we can still play into our late 30s and early 40s.”

He admitted his transfer to the third division club in Finland could be most daunting.“It could be my biggest challenge in Finland, another country I can call home,” he said.
“I love challenges and the ambition of the club to play in the second division was a big factor to my decision to come back to Finland.

“I know I could have gone elsewhere, but imagine achieving success with Salon Palloilijat – people will talk about me forever in the city. “I believe I can help the younger players, act ike a role model, pass on my knowledge and together we can help the team.”

Taye Taiwo has been capped 54 times by the Super Eagles and scored eight goals.He played for some of Europe’s top clubs including AC Milan, Dynamo Kiev and Olympique Marseille.