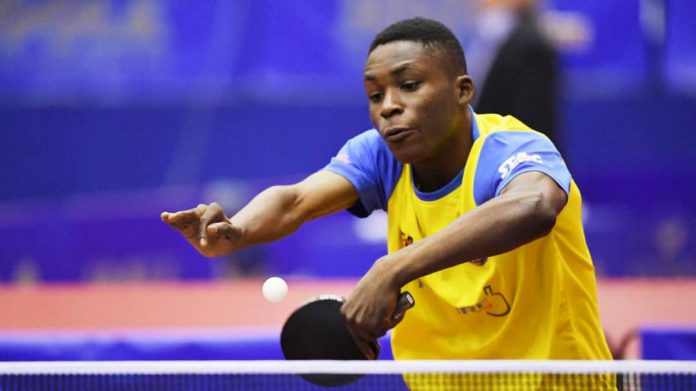 Nigeria’s national U-21 champion Taiwo Mati has been listed among the awardees of 2021 With The Future In Mind (WFIM) scholarship by the International Table Tennis Federation (ITTF).

Mati who has been consistent with his performance in recent time was among the 13 players under the Prominent Youth Players category by the world table tennis ruling body.

The African cadet champion is one of the two African players listed alongside Egypt’s Hana Good who is the world’s number one U-15 player (girl).

According to the statement issued by ITTF at the weekend, WIFM has been a core component of the Athletes Development Model since its inception, targeting prospects from all over the world in the pursuit of their Olympic Dream.

“Following the adoption of the new ITTF Strategic Plan in 2018, support was expanded to a group of athletes from established markets with the aim of further globalizing competitiveness within our sport, an approach that is reflected in and continued for this year’s supported athletes.

The scholarship according to ITTF High Performance Elite Coach Massimo Costantini, The support is intended as an additional source from their existing planning with national teams and clubs commitments among others, so they (athletes) can use the scholarship for strengthening overall preparation by participating in specific training camps and competitions.

Already, three Tokyo-bound African stars – Ibrahima Diaw of Senegal, Egypt’s Yousra Helmy, and Tunisia’s Fadwa Garci are among the 17 athletes selected across the world for the gesture.

For Mati and 12 other youth players, the target of ITTF is to support the athletes for their qualification for Dakar 2022 Youth Olympic Games with the aim to qualify for their first taste of the Olympic spirit.

The Chairman, Caretaker Committee of the Nigeria Table Tennis Federation (NTTF) Ishaku Tikon described Mati’s election among the best in the world as a plus for Nigeria, adding that the efforts of the federation have continued to yield positively for the world body to identify the Nigerian star.

“I am so excited with this development and this goes to show that the federation has been working hard to give young players the opportunity to showcase their talents to the world. I am aware that ITTF has been monitoring what we are doing in Nigeria and Mati’s consistency has paid off for him. My advice to other players is that they should also emulate Mati and work harder to get noticed globally and enjoy the chance to compete and train with the best in the world under the WFIM Scholarship scheme of ITTF,” Tikon said.

Prof. Akin Oyebode U15 Cup: Why we are sponsoring the tourney...