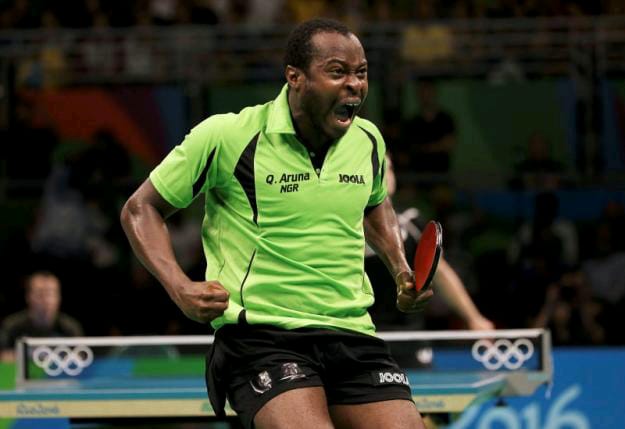 African champions Quadri Aruna of Nigeria and Dina Meshref of Egypt confirmed their status as the players in the continent after taking down their French and Polish opponents in the round of 16 of the WTT Contender Durban 2023.

The two players started the year on a winning note in the first round with Aruna beating China’s Sun Wen 3-1 (12-10, 15-13, 11-13, 11-8) while Meshref was a standout player on the first day of main draw action as she opened her account with a notable win.

Facing off against World No.86 Yuan Wan of Germany, who came out on top in their one and only previous meeting at WTT Feeder Düsseldorf II 2022, Meshref was determined to put things right at the second time of trying, and she secured her revenge.

In the round of 16 tie against French teenage sensation Felix Lebrun, Aruna produced his best performance this year against the giant-killing European star.

Despite losing the first game at 3-11, Aruna restored parity in the second game at 11-6. But the Frenchman dazed Aruna in the third game and despite leading 10-7, Lebrun took five consecutive points to win at 12-10. Even when Aruna was on the brink of exiting in the fourth game with the French star needing a point to complete his win, Aruna fought well to win the game at 15-13. The deciding match was dominated by the Nigerian as he won 11-5 to end the dream of Lebrun in South Africa.

It was a one-sided encounter between Meshref and her Polish opponent as the Egyptian claimed a convincing 3-0 (11-8, 11-5, 11-8) to get a passage into the quarterfinal of the women’s singles.

On Saturday, January 14, Aruna will take on Ukraine’s Yaroslav Zhmudenko in one of the quarterfinal matches while Meshref will take on Chinese Taipei’s Chien Tung-Chuan in the women’s singles quarterfinal tie.

The tournament ends on Sunday January 15 with the finals in the singles events.