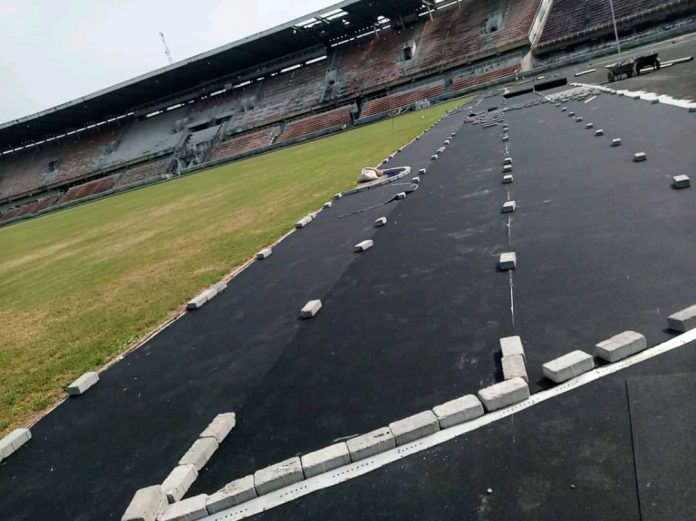 The Federal Ministry of Sports and Youth Development, has reiterated its commitment to making the National Stadium, in Surulere, Lagos functional, before the tenure of this administration, elapses, on May 29th.

Hon. Dare said the engineer overseeing the renovation of the stadium, built in the early 1970s, has assured him that every stone possible, is been upturned to ensure that the project is completed, on schedule.

According to him, work has now shifted to the laying of brand new tracks, a digital scoreboard the finishing of the turf, the Main bowl and practice pitches.

Using the adopt a facility concept of the minister has yielded results, with projects like MKO and Abiola National Stadium Abuja, Daura Mini-Stadium benefitting already.