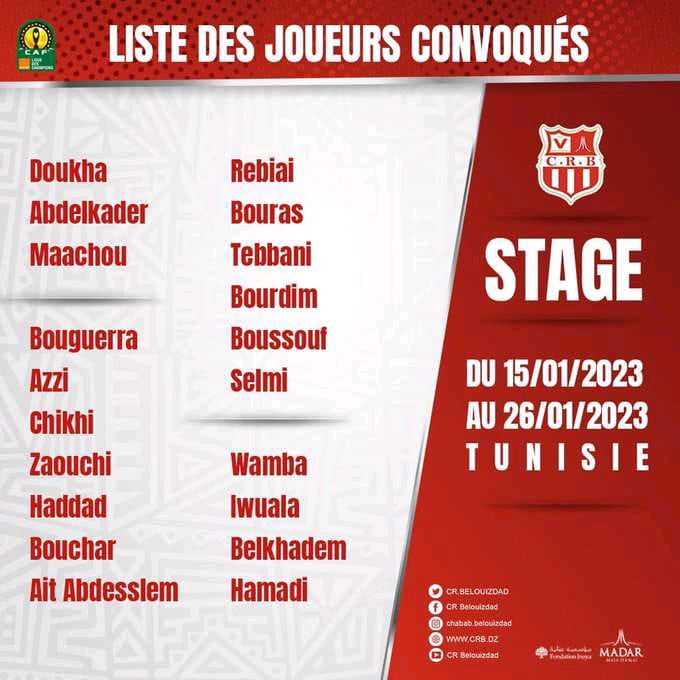 Ahead of the upcoming CAF inter-club competition, Algeria side CR Belouzidad has embarked on a winter training tour of Tunisia.

20 players were listed for the trip and prominently featured on the list is Nigeria’s Super Eagles winger Anayo Iwuala.

Iwuala joined the Algeria side on loan from the Esperance of Tunisia on a season-long loan deal.

Read more: Tunisia upset France but fail to qualify to the next round

Form the marimba winger has underlined his importance to the team since his arrival scoring vital goals to ensure that Belouzidad remained on top of the league.

Nine players were absent from the trip as they were on national duty with the Algeria national team which is currently taking part in the ongoing 2022 Championship of African Nations.

Chelsea survive clash to move clear at top of WSL