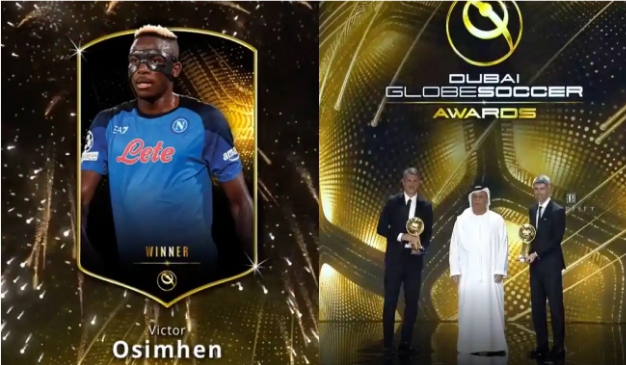 Super Eagles striker, Victor Osimhen has been named the ’emerging player of the year’ at the 2022 Globe Soccer Awards.

The 23-year-old Napoli superstar was given the prestigious award at the gala which was held at Madinat Jumeirah in Dubai on Thursday night November 17.

Osimhen defeated Barcelona’s Gavi and Federico Valverde of Real Madrid for the prize meant for the best young football talent in the world.