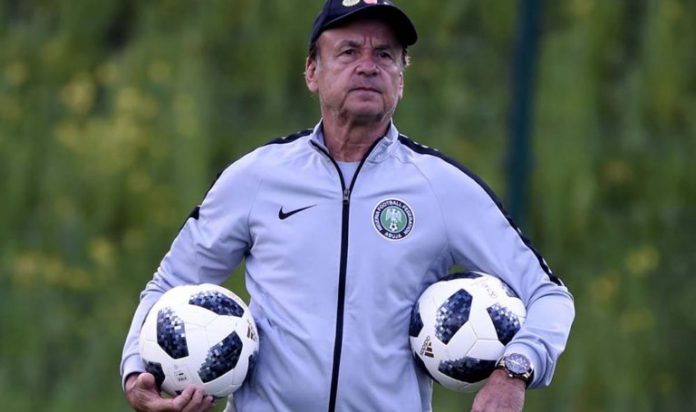 Lawyers representing Super Eagles coach, Gernot Rohr have proposed that his employers NFF pay him off through their annual FIFA subvention.

The amount of the severance payoff is the stumbling block to an official announcement by the NFF that Rohr has been relieved of the his duty. The NFF have already proposed to pay him a year’s salary, which comes to about $600,000, for him to step down.

However, it appears Rohr’s lawyers want a lot more.Their proposal, will besides the severance payoff, include penalty payments.
It has been reported that the severance payoff is $2m (N821m) should the NFF be the ones terminating the contract of the coach.

As first reported by SCORENigeria, the lawyers representing Rohr will meet with the NFF Tuesday to hammer out this payoff.Rohr has a contract till December 2022.