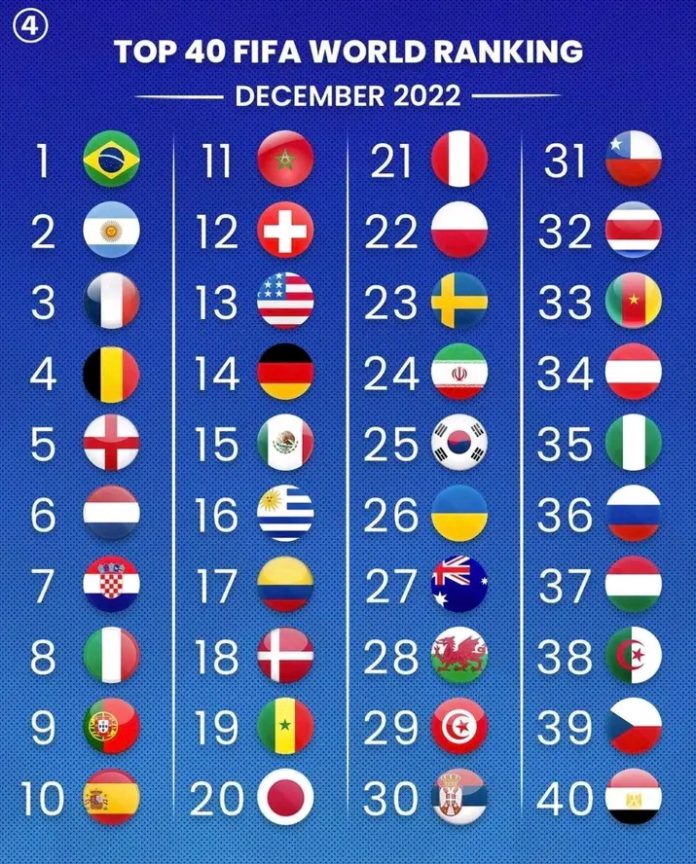 The Super Eagles of Nigeria dropped three places in the latest monthly ranking released by the Federation of International Football Association (FIFA) on Thursday, December 22.

The ranking was released on the official website of the world soccer governing body and showed the three-time African champions dropped from 32nd to 35th position in the world.

Jose Peseiro’s side although maintained their position among the top five teams in Africa, they however slipped from fourth to fifth position.

The Atlas Lions of Morocco moved to top position on the ranking in Africa following their impressive performance at the just concluded 2022 FIFA World Cup in Qatar.

The Terangha Lions of Senegal dropped to second position on the continent with Tunisia remaining in third position, while the Indomitable Lions of Cameroon jumped to fourth position.

The next FIFA/Coca-Cola World Ranking will be published on 6 April 2023.

UNESCO calls for removal of taxes on sanitary pads