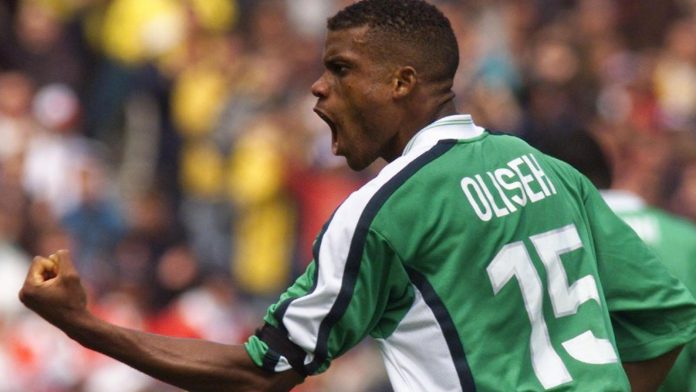 Sports Director of the German side SV Straelen Kevin Wolze has confirmed that the club has accepted the resignation letter of the former Nigeria’s Super Eagles Coach Sunday Ugochukwu Oliseh.

The club confirmed that former Fortuna Sittard gaffer filed his letter of resignation on Saturday following the string of poor results by the club.

Wolze on Tuesday made the confirmation that his letter has been accepted and the club has commenced a search for his successor.

“Sunday obviously had the feeling that the team could no longer be reached. We have to accept this decision.

“It doesn’t make sense to try to persuade him to continue. The search for a successor is not easy.

“Obviously things have changed in the meantime, we started the season with five defeats and are currently bottom of the table.

“In addition, the squad is standing, we will take the necessary time to find a suitable successor,” said Wolze.

‘Inevitable’: Views on US bases shift in Japan’s Okinawa

UK’s Truss says ‘no shame’ in climbdown amid Tory tensions

Nigeria vs Portugal: Operations Stop Ronaldo On My Mind- Peseiro