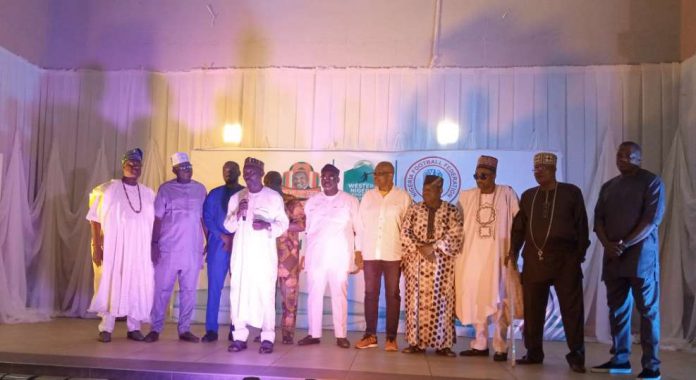 The Minister of Sports, Sunday Dare was among eleven men and women recognized personalities honored at the maiden Western Nigeria Football Federation (WNFF) and Taiwo Ogunjobi Award Night in Osogbo on Sunday night.

The WNFF/Ogunjobi U15 Football Tournament and Awards is annual event orgainsed by the six states in South West which comprises of Oyo, Lagos, Ogun, Osun, Ekiti and Ondo.