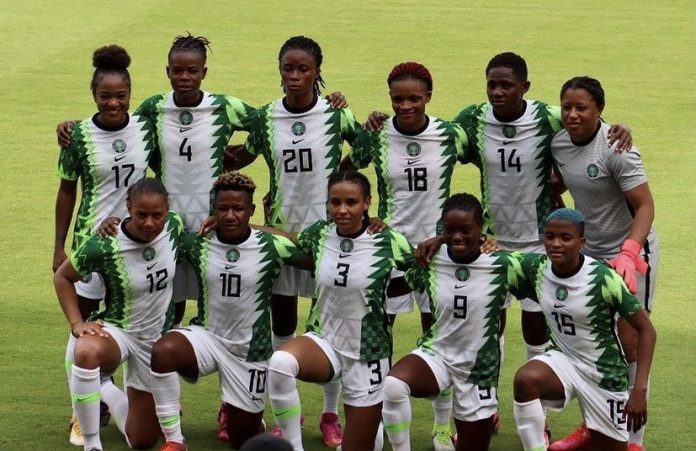 After participating in the just concluded US Summer series, Nigeria’s Super Falcons have returned to Nigeria.

The African champions were one of the three invited national teams to join the current world champions, United States in the international friendly championship.

The Nigerian side kick started the series with a 1-0 defeat to the Reggae girls of Jamaica before playing out a 3-3 draw against Portuguese women’s national team.

The Waldrum-led team that returned back to Nigeria consist of the home-based players and officials that touched down at Muritala Muhammed International Airport Lagos on Friday night at 8:30pm local time.

All the invited foreign based players returned to their base from the US. The Nigeria contingent connect the flight from Amsterdam airport from where the flight flew them to Nigeria.

The Super Falcons have had six friendly matches this year, a new development under Amaju Pinnick-led NFF worthy of commendation.

Nigeria next competitive game will be against Black Queens of Ghana in the 2022 African Women’s Cup Of Nations qualifier in September, 2021.

Man shoots his lover dead after she caught him watching TV...

Patient inside ambulance killed by angry mob in Atteridgeville