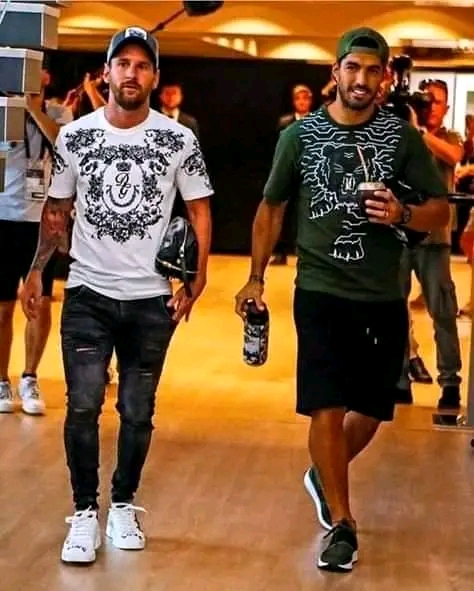 Luis Suarez has heaped praise on his former teammate Lionel Messi after a stunning performance against Croatia in the World Cup semi final, calling him ‘incredible.’

Messi gave Argentina the lead with a first half penalty on Tuesday night, but truly stole the show with a spectacular run that saw him burst into the box past a dumbfounded Josko Gvardiol and set up Julian Alvarez for his side’s third.

The 3-0 win means Lionel Scaloni’s men will advance to Sunday’s final, where they will face either France or Morocco.

Suarez was keen to recognise Messi’s achievements, the pair played together at Barcelona for six years and are believed to be close, as he said via Instagram: ‘You Never get tired of showing that you are the best in the world.

‘The whole world stops to applaud this guy and what he’s given to football. Incredible my friend!’

By opening the scoring against Croatia, Messi overtook Gabriel Batistuta as Argentina’s top scorer at World Cups. He also moved level with German legend Lothar Matthaus’s record for the most games played at World Cup’s finals, with 25.

I Want To Play For Bendel Insurance, says Ighalo