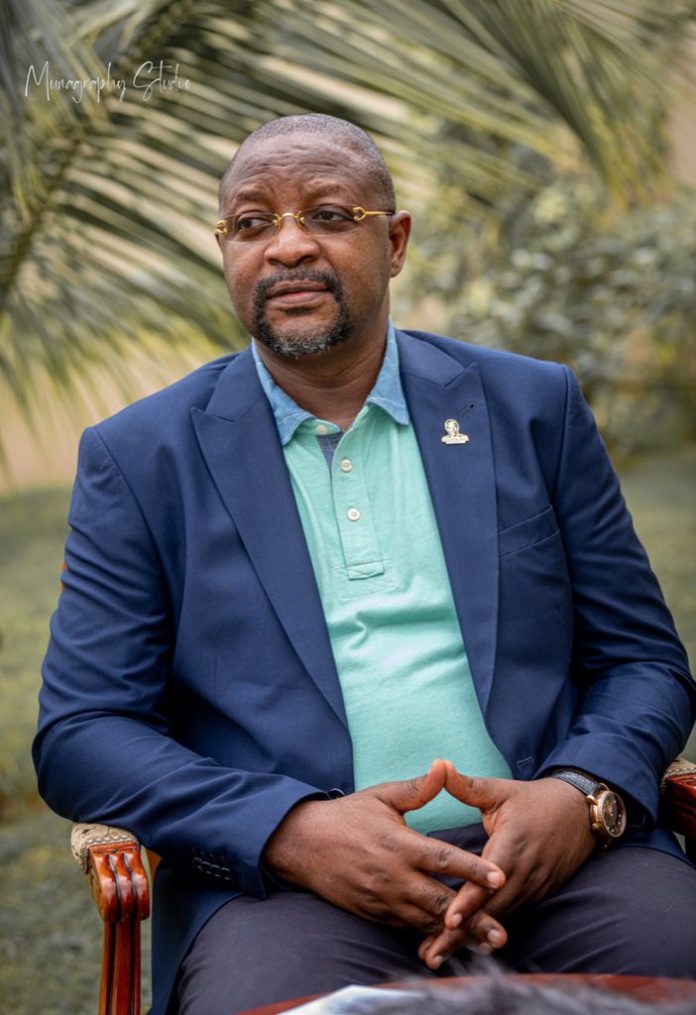 The Minister of Youth and Sports Development, Mr. Sunday Dare has called on state governments to identify specialized areas they can key into in the Sports Industry Policy which will soon be ready.

The Minister made this assertion during a courtesy visit to the Governor of Bayelsa State, Senator Douye Diri after watching Team Nigeria wrestling final preparations for the 2020 Tokyo Olympics. Mr. Dare commended Bayelsa state giant strides in establishing itself as the Wrestling capital of Nigeria.

“When I visited the new gym being constructed, I took time to look at the plans and was excited that it met international standards. It shows a government with foresight and committed to sports development.

“In the last 20 months we have devoted our time largely into turning sports into an industry. Sports has been mere recreation in our country. when you look at all successful nations that have successful sports development, it is because they run sports as business.

“In another few days, we should be able to deliver for this country its first ever Sports Industry Policy. One of the middle pillars of that policy is infrastructure, the entire policies predicated on three “I”s. The first I is infrastructure. We must have infrastructural rationalization. So when I see a multi-purpose hall being built for wrestling, I see a state dedicated to a particular sport like you see in other developed nations I know Bayelsa is on the right path and will hold it as a model for other states who want to make sports business.

“I talked about three “I”s, the second I is incentive. There can be no sports development without the provision of incentives especially to the athletes but also to the organised private sector. The third I is investment.

“Both government and the private sector must invest collectively in building sports. We hope that when that is delivered, we would have built in components for the federal government, state governments and the local governments. But I think the most important leg that we have is the assembly of commissioners of youth and sports development who will work with us at the Federal level to agree on a blueprint that can be cascaded down to the states so that we are singing from the same hymn book.

“We hope at that point each state will look at the best sports in which it is heavily talented. That’s the kind of sports development we want to berth and once we deliver that blueprint, we believe that successive administrations and Ministers of sports will work with it and will run with it this time,” the Minister assured.