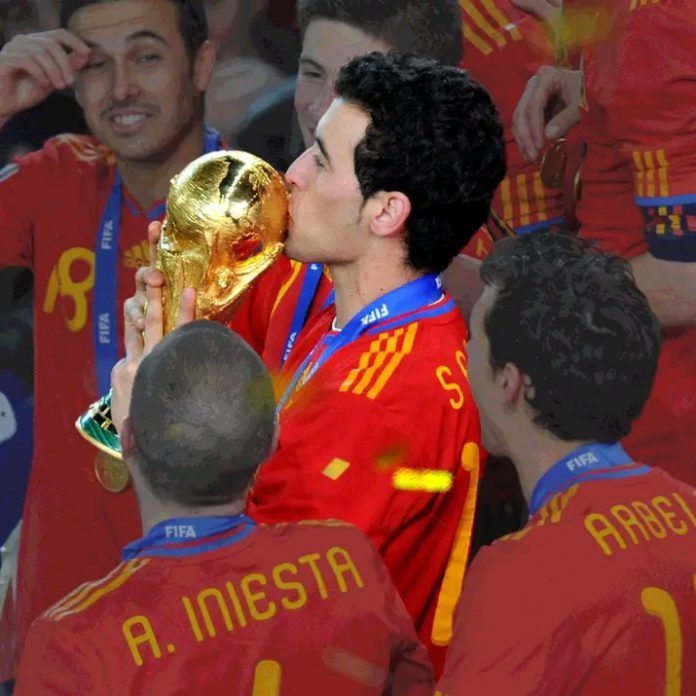 The 34-year-old midfielder, who won the 2010 World Cup and 2012 European Championship, skippered the side knocked out in the last 16 this year.

“After almost 15 years and 143 matches, the moment has arrived to bid farewell to the national team,” he wrote on social media.

“It has been an honour to represent my national team and help lift it higher.”

Busquets is the last of the revered Barcelona Spanish midfield trio – along with Andres Iniesta and Xavi – to announce his retirement from internationals.

He made his Spain debut on 1 April, 2009 in a World Cup qualifier against Turkey and went on to feature at four World Cups and three European Championships.

His entire playing career has been spent with Barcelona, for whom he has played nearly 700 times, winning multiple trophies, including eight La Liga titles and the Champions League on three occasions.

Arsenal force Spurs to give up home advantage in the Europa...