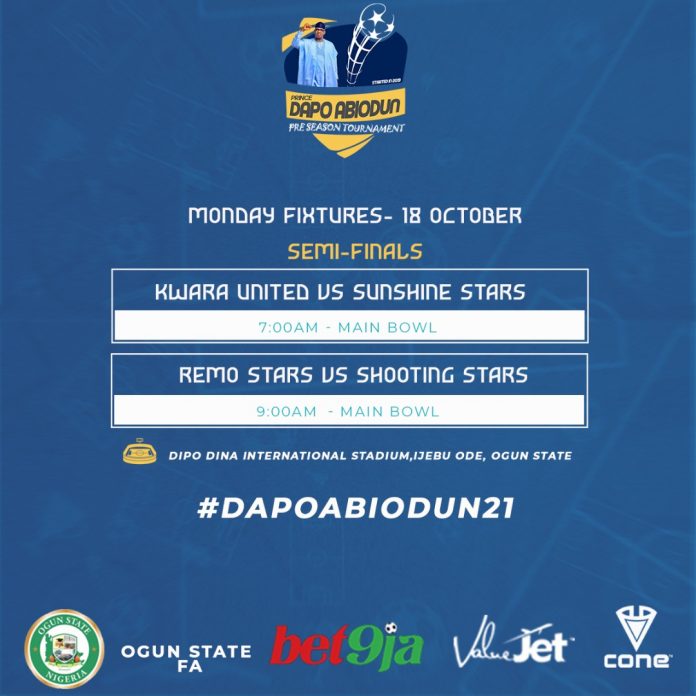 Newly promoted Nigeria National League sides, Shooting Stars of Ibadan and Remo stars of Ikenne, will both renew their rivalry in the semifinal stage of the Dapo Abiodun Pre-season championship currently going on at the Dipo Dina Stadium, Ijebu Ode, Ogun State.

The tournament sponsored by Bet9ja and Valuejet is an initiative of Otunba Tade Azeez, President Nigeria Referees Association.
During the NNL Super 8 played in Enugu, the two sides played out a 1-1 draw in their encounter and this time around, there must be a winner as a slot in the final will be at stake.

Shooting Stars already won the title back-to-back in the last three years and will be looking forward to make it third time lucky this time around. In the other semifinal game also on Monday, Kwara United will be up against Sunshine Stars for a slot in the final.

Submission of State FA Delegates Details To NFF Against Statutes –...