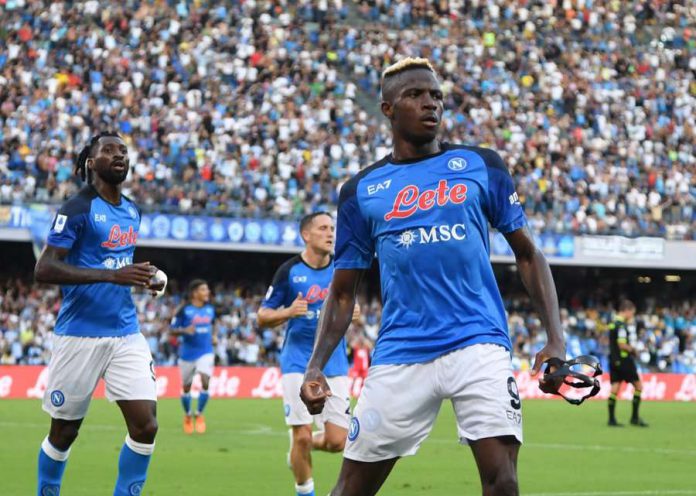 Nigeria’s Super Eagles striker, Victor Osimhen, continues to underline his importance in the Italian Serie A side, Napoli with another goal in the season.

The Partenopei hosted the newly promoted Monza on Sunday at the Diego Armando Maradona stadium where Napoli mauled the visitors to climb the top of the league with six points in two matches.

After 30 minutes of ding-dong affairs, it was Kvaratshelia that broke the deadlock in the 35th minute before Osimhen hit a rocket 10 minutes later to make the scoreline 2-0 just before the halftime.

The impressive performance continued in the second stanza with Kvarastshelia completing his brace in the 62nd minute.
The Nigeria international was replaced in the 84th minute by Adam Ounas before Kim Min-Jae sealed the game with the 4th goal in the 95th minute to shoot Napoli to top the league table.

Man who drowned in Juja Dam gets 3-paragraph tribute with scanty...

US: Indian diaspora holds protest in California against BBC documentary on...