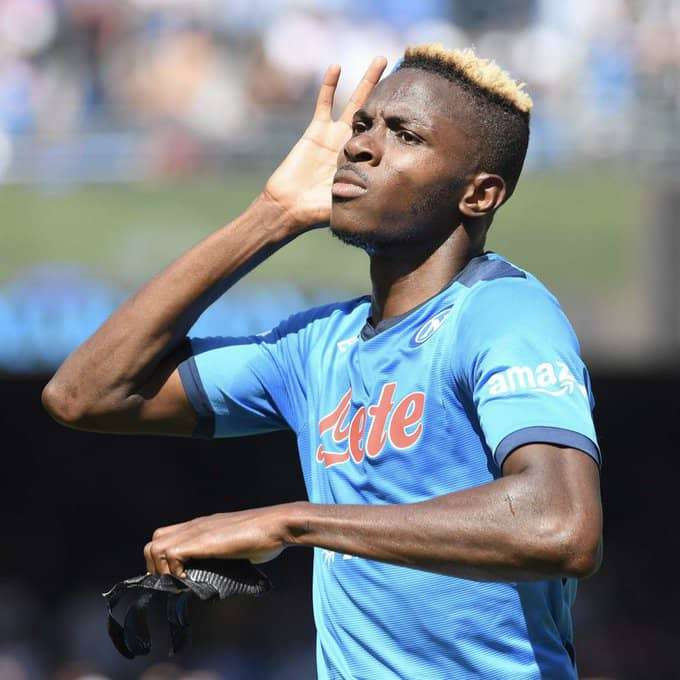 The profile of Nigeria’s Super Eagles striker, Victor Osimhen, continues to soar in Italy as Napoli put another responsibility on his shoulder.

Osimhen who joined Napoli from the French Lique One side LOSC Lille has been having scintillating performance since his arrival scoring 28 goals in 62 appearances.

On Sunday, Napoli held the Spanish side Real Mallorca to a 1-1 draw in a pre-season match and it was the Nigeria forward that scored from the spot for Partenopei.

And the club confirmed through their news outlet that Osimhen will be the penalty taker for the club this season.
“Osimhen!!! 1-0. But the most important thing: He’s gonna be our penalty kicker this season.” the club said.

It was Italian International a Lorenzo Insigne, who was in charge of the penalty role at the club before left Napoli to sign for Major League Soccer side Toronto FC.