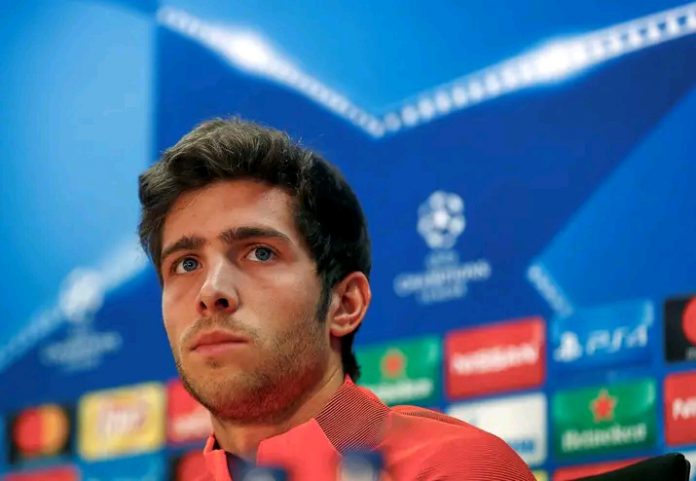 Sergi Roberto has been at Barcelona his entire professional career. With this contract expiring of the season, he could be forced to part ways with the only club he has known.

The 30-year-old joined Barcelona’s La Masia academy in 2006 from Gimnastic, and he has been at the club ever since. Since making his first team debut in 2010, he has amassed 328 appearances. Having originally came into the first team fold as a midfielder, he now operates as a right back for Barca.

Despite having been with the club for 16 years, his stay could come to an end next summer. With his contract expiring in June, he could leave the Camp Nou. However, he is keen to focus on football firstly having recently returned from a shoulder injury suffered earlier in the season, as per Sport.

“I am convinced that 2023 will be a totally different year for me and that injuries will be forgotten. I am at 100%. You can always improve, but I am sure that in this second stretch of the season, I will be better than ever.”

However, he is mindful of his contract situation, and he made his wishes clear.

“We haven’t started talking yet, but my idea is to stay. From what the coaching staff has said to me, they are very happy and want me to stay. I am enjoying football again and I would be very excited to continue. Above all, I have good feelings and I want to be able to enjoy playing in the Barca shirt.”

For now, Roberto will be keen to prove to Barca that he deserves to stay at the club he loves.

‘I don’t know why actresses are doing better than us their...