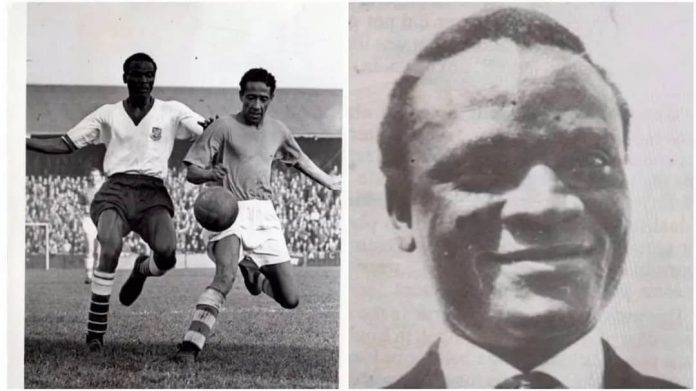 General Secretary of the Nigeria Football Federation (NFF), Dr. Mohammed Sanusi, on Tuesday, assured that the football body will be available to contribute to the efforts being harnessed presently to celebrate and immortalize a former captain and coach of the national team, Teslim ‘Thunder’ Balogun.

“Teslim Balogun played profound and remarkable roles in Nigeria Football, both as a player and as coach. His giant footprints are there for all to see. It is important that we play a key role in the ongoing efforts to celebrate and immortalize him, because that will send the right signals to both present and upcoming players that Nigeria do care.

“When we received the letter from your committee, the NFF President said he was interested in NFF being part of the programme and he insisted that we nominate someone to represent the Federation and give us feedback on all that was being done to celebrate ‘Thunder’ Balogun.

“He was an achiever and a role model, and the NFF will work with the committee to celebrate a legend of the Nigeria game.”
Sanusi made the statements when the organising committee of the Thunder Balogun 50th Anniversary Celebrations paid him a courtesy call in his office at the NFF Secretariat, Moshood Abiola National Stadium, Abuja.

Chairman of the Organising Committee, Dr. Rafiu Oladipo stated that Teslim Balogun, who died in July 1972, was Nigeria’s first professional football player who made name and robust fame playing at home and abroad and also coached the senior national team.

He said the committee has the mission of organizing a book launch, a seminar, football matches and airing documentaries on the legend during the one-week celebration in the month of July 2022.

Sanusi added that the NFF would be ready to liaise with fellow Football Associations in the African continent with regards to the planned international football matches, and also support the committee with some logistics to ensure the success of the event.

Woman injured by rhino that escaped from Hluhluwe Imfolozi Park

AFN Elections: WA, CAA Are With Us – Okowa