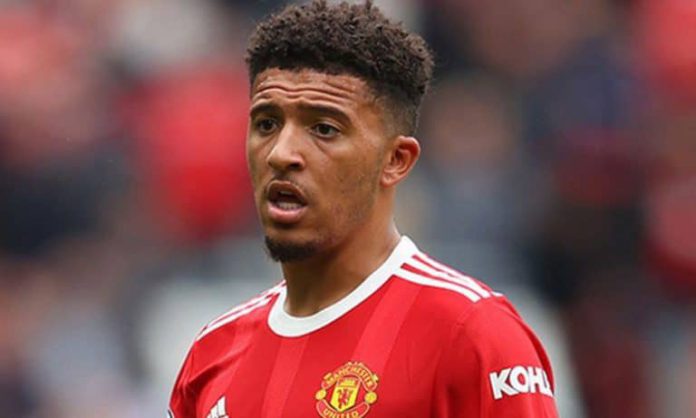 Jadon Sancho has spoken about how “role model” Christian Pulisic played an important role in his decision to leave Manchester City and join Borussia Dortmund in 2017.

Sancho joined City’s youth setup as a 14-year-old from Watford back in 2015, but just two years later he decided to make the switch to Germany, where he announced himself on the European stage.

The Englishman scored 50 goals and registered 64 assists in 137 appearances for Dortmund across a four-year period, and his impressive performances caught the eye of Manchester United, who spent around £75m on the winger last summer.

Sancho, who scored against City in the Manchester derby last weekend, has since revealed how Pulisic’s rise to stardom at such a young age influenced his decision to move to the Bundesliga.

“Then I saw who else was playing in Dortmund. For example, Christian Pulisic, who was only 19 at the time. He was almost a role model for me. “I saw him and thought to myself: ‘That could be me too’. Luckily BVB gave me this chance and I think I did the job.”

Sancho has also revealed that Man United’s English players were pleading for him to move from Dortmund to Old Trafford last summer, while players from Chelsea and Liverpool also tried to convince him to join their club.

The 23-cap England international has had a mixed start to life with the Red Devils this season, scoring five goals and providing two assists in 31 appearances across all competitions.