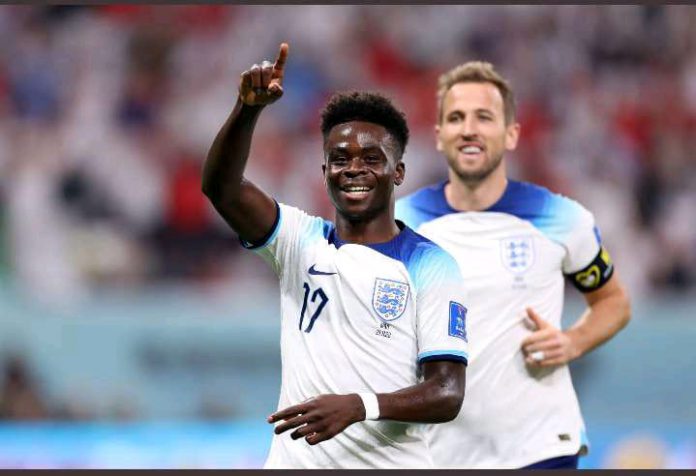 Nigeria-born Three Lions attacking midfielder Bukayo Saka has expressed his delight in scoring a brace on his World Cup debut as England opened their Qatar 2022 World Cup campaign with a 6-2 win over Iran.

Saka who through his charity organisation, BigShoe, sponsored ‘life-changing Operations’ For 120 Children In Kano State said.

“I can’t describe the feeling! It’s amazing, I’m so happy, I’m so proud. We got the win as well, so it’s just a special day.

“I feel like I’m in a good place. I have the support of the fans. I feel the love from the fans, the coaching staff and my teammates – that’s all I need! I feel good and I’m ready to give 100 per cent. I gave that today and I will continue to do that.”

Osun Utd Not A Bad Team And Can Get Better –...