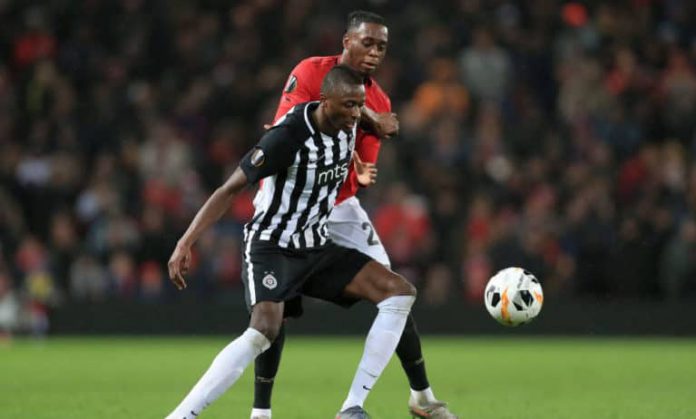 After Transfermarkt’s latest market update of footballers in the Spanish La Liga Smartbank, Almeria forward Umar Sadiq retains his top spot as the most valuable player in the division with €18 million.

After netting 20 league goals in his debut season, Sadiq has shown no signs of slowing down, with the ex-Rangers’ man contributing eight goals and seven assists in 19 matches this term.

Sadiq’s exploits have attracted the attention of some of Europe’s biggest clubs, including Manchester City, Bayern Munich, and Sevilla.
And the Area Manager of Transfermarkt Spain, Tobias Blaseio, believes that Sadiq will be among the prime targets when the January transfer window opens.

“Sadiq will play a role again in the coming transfer period when the financially more potent clubs go looking for strikers,” the market expert told Transfermarkt.

“However, a move will not be cheap, as Almería has no pressure to sell players through investor money.

“In terms of sport, he undoubtedly has the quality to start at an ambitious club. But it is also very possible to stay with Almería and move up to the top in the upcoming season in the LaLiga.”

Nigerian national team handlers have rewarded Sadiq’s excellent performances in the Segunda Division as they named him in the 28-man Super Eagles squad for the 2021 Africa Cup of Nations in January.

‘Karma will deal with them all’ – Hani’s widow furious with...