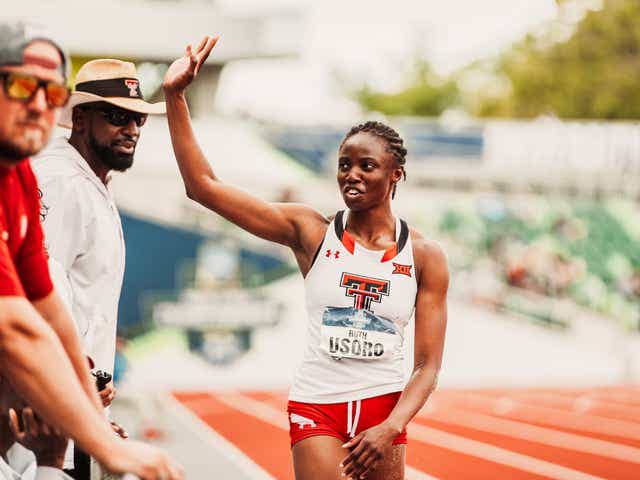 Nigeria’s student athlete, Ruth Usoro made history once again as she got her school, Texas Tech her first outdoor title at the NCAA championship in Eugene on Saturday.

Usoro uncorked a jump of 46 feet, 6 3/4 inches — into a little negative wind, no less. That came on her third attempt, and it stood up through the other jumpers’ three attempts each in the finals.

The victory capped a banner school year for Usoro, who also swept the Big 12 triple-jump titles indoor and outdoor and won the Big 12 long jump indoors. She’s unbeaten in the triple jump in seven competitions since January.

Usoro also helped her school to finish eleventh at the final standings of the event with 19 points.