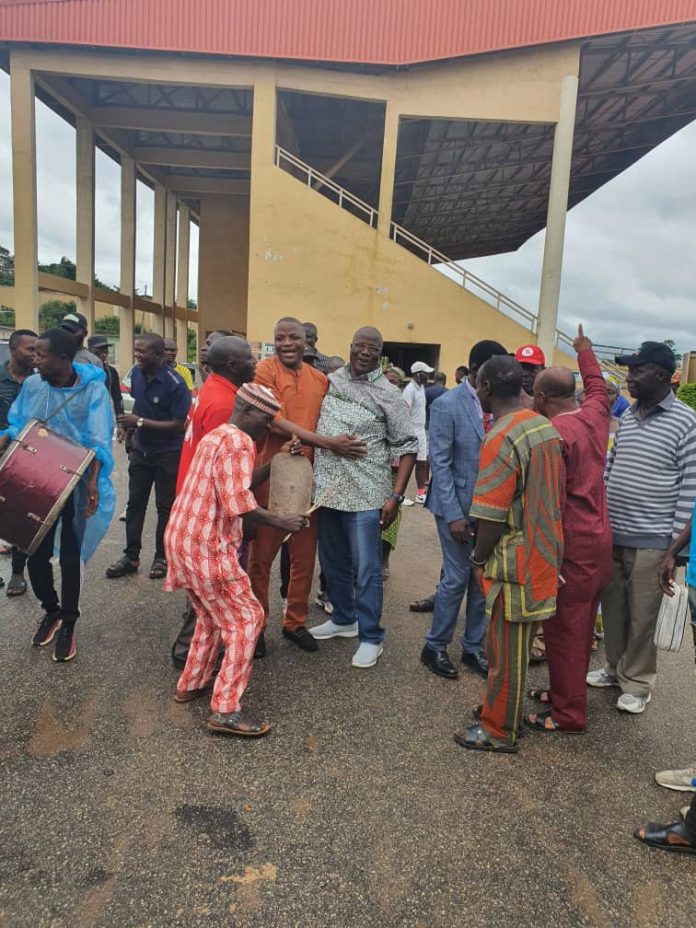 The decision to upturn a court verdict of a purported 14-day jail term for Ekiti State Football Association Chairman and five others has been described as a win for football.

Speaking at a press conference after the release of those who football fans in Ekiti now described as the Super Six of football in the state, representative of the Chairmen of the 36 State Associations and Western Football Forum, who is also the Chairman of Ondo State Football Association, Otunba Dele Ajayi lauded the decision of the honourable court to set aside the initial decision.

Otunba Ajayi, however, described the preceding litigation process as unfortunate as football matters are resolved with special arbitrary processes and not in civil courts.

He urged Ekiti football fans to remain behind the development of the game in Ekiti despite challenges.

“It’s just unfortunate that football matters have been taken to civil court, but overall this is a win for football; we must continue to support the good work Olanlege is doing with football in Ekiti because with what I have seen and heard he is really working and doing football the proper way”

The Ekiti FA boss, Bayo Olanlege appreciated all the eminent personalities and sport loving Ekiti people who stood by him and others through the incident.

He assured that they have only been motivated to work more to ensure the growth of the game that binds the communities together.

“We must appreciate everyone for standing for justice, our patrons, those in government and the football fans that stood their ground for justice to prevail; this will not stop us from doing what we know how to do best which is grassroot football and talent development using football as a tool”

The legal counsel to the EKSFA Barrister Femi Familusi narrated the ordeal of the entire proceedings that has now led to a deserved heroic feat.

“The first judgement which should not have stood in the first place is an insult to Nigerian judicial system, it’s an all time low and it’s what I call judicial summersault but we must be happy at the end justice prevailed and we must continue to move and support Olanlege to do more for Ekiti Football

PSG To Sell Neymar For £76m