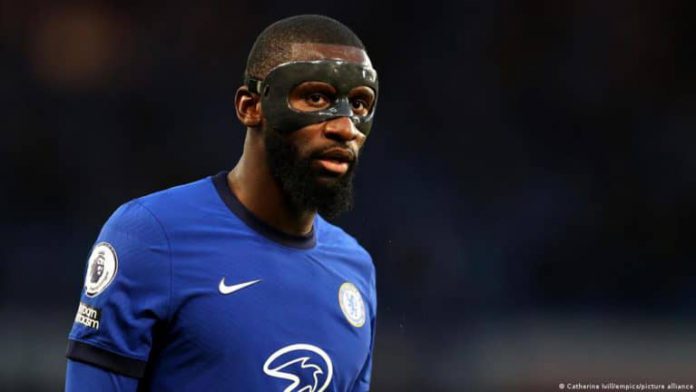 Chelsea defender, Antonio Rudiger, is continuing transfer talks with Real Madrid as he nears a pre-contract agreement with the Spanish giants.

The Germany international will be a free agent at the end of the season and it seems increasingly unlikely that he’ll be staying at Chelsea, who has failed with efforts to tie him down to a new contract.

Paris Saint-Germain and Bayern Munich have also chased Rudiger, but it looks like he’s heading for Madrid as talks reach an advanced stage. This is a huge blow for Chelsea, with Rudiger proving one of the club’s most important players in recent times.

The former Roma man improved hugely when Thomas Tuchel took over as manager in January, helping the Blues win the Champions League final and become one of the main contenders for this season’s Premier League title race.

There’s no doubt Rudiger should prove a superb signing for Real Madrid, but one imagines he might live to regret walking out of Stamford Bridge at this time.

Chelsea looks like a team on the up under Tuchel’s management, whereas La Liga in general doesn’t look as strong as it used to, with Real no longer one of the main contenders for the game’s biggest trophies.