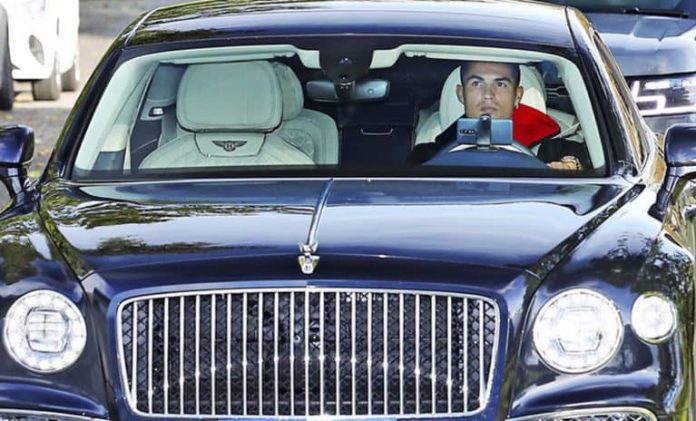 Cristiano Ronaldo is reportedly considering a move away from Manchester United during this summer’s transfer window, as he is unsure of his role at the club under Erik ten Hag.

The Portugal international scored 24 goals and registered three assists in 38 appearances for the Red Devils during the 2021-22 campaign, including 18 strikes in the Premier League.

Ronaldo still has 12 months left to run on his contract at Old Trafford, with the option of another year, but there has been speculation surrounding his future in recent months.

Ten Hag appeared to confirm that the 37-year-old was a part of his plans for next season when he addressed the media during his first press conference as Man United manager.

However, according to La Repubblica, Ronaldo is considering leaving Old Trafford before the end of the summer window.

The report claims that the Portuguese does not feel involved in Ten Hag’s project at Old Trafford, with the Dutchman’s teams built on pressing from the front.

The absence of Champions League football for the 2022-23 campaign is also allegedly a huge problem for Ronaldo, who is desperate to lift the trophy at least once more before the end of his career.

The attacker’s agent Jorge Mendes is said to already be looking for a potential new club, and Roma are said to be ‘dreaming’ of bringing him back to Italy this summer.
The report claims that Sporting Lisbon, where Ronaldo started his professional career, would also be in the running for his signature if he signalled a desire to leave Old Trafford.

The forward made 31 appearances for Sporting before joining Man United in 2003, and he then went on to represent Real Madrid and Juventus before returning to the Red Devils last summer.