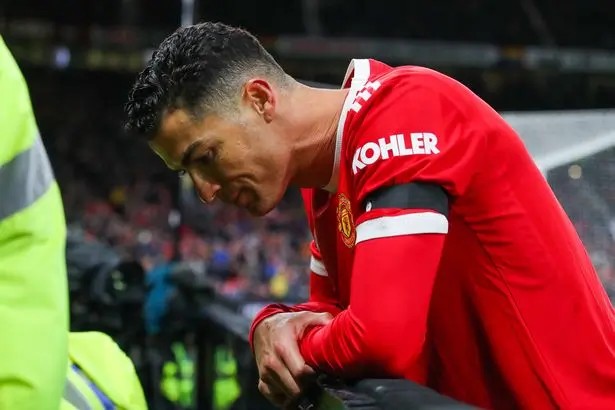 The 37-year-old’s future has been the subject of much speculation in recent days, with a number of clubs believed to be keen to tempt him away from Old Trafford this summer.

Bayern Munich and Chelsea are among the sides to be linked with the Portugal international, while his former club Sporting Lisbon are also said to have contacted Ronaldo over a return to the club.

According to the Daily Star, Inter Miami has also made their interest known, with the MLS outfit keen to bring the experienced forward to North America during this summer’s transfer window.
However, the report claimed that the Portuguese has rejected the chance to join the side co-owned by David Beckham.

Inter Miami was allegedly also told by Man United that Ronaldo was not for sale under any circumstances, with new head coach Erik ten Hag determined to work with the forward next season.

Ronaldo still has another year to run on his contract, with the option of an additional 12 months, and he is now expected to remain with the Red Devils despite the recent speculation.

The striker is believed to have been frustrated by his side’s lack of movement in this summer’s transfer window, with the club still waiting to make their first signing.

However, a deal for Barcelona midfielder Frenkie de Jong is believed to be moving closer, while Ajax’s Antony is also said to be a leading target, alongside Denmark international Christian Eriksen.