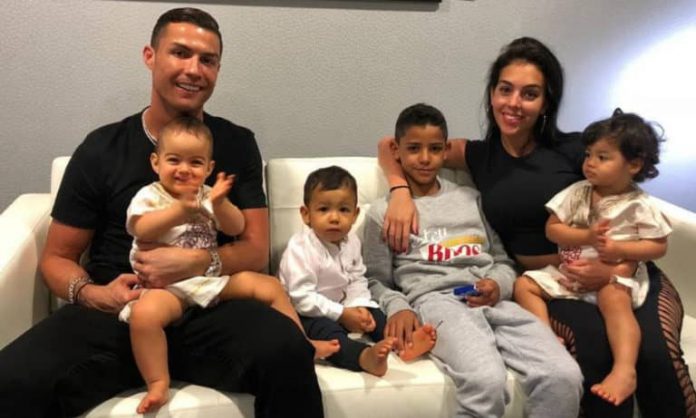 Manchester United superstar Cristiano Ronaldo is going to be a dad again. The news was confirmed by Ronaldo in an Instagram post.

Ronaldo has four children. The oldest, Cristiano Junior, was born on 17 June 2010 in America.

A surrogate mother then gave birth to a pair of Ronaldo’s twins, daughter Eva and son Mateo, on 8 June 2017, also in America.
Ronaldo also has a child with Rodriguez – Alana Martina, who was born on 12 November 2017.

Now he is expecting his second pair of twins.
Ronaldo’s announcement of course comes at a time when there is a lot of scrutiny on his and United’s on-field performances.

The announcement of a pregnancy is always joyous anyway, but the timing means he has some fantastic good news in the middle of a week which has been intense professionally.
Provided Ronaldo sees out his two-year United contract, his new baby will be born and brought up initially in Manchester.
David de Gea was among the United players who left a comment on Ronaldo’s post.