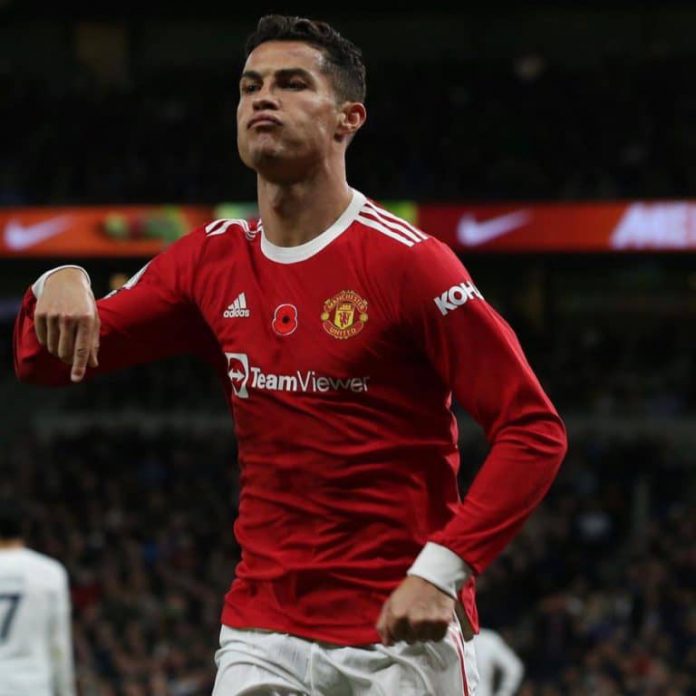 Manchester United forward Cristiano Ronaldo etched his name in the record books as professional football’s all-time leading scorer with 807 goals after a brilliant hat trick in the 3-2 win over Tottenham on Saturday.

The all-time goal-scorer title in men’s football is much contested and FIFA does not keep an official record, but the world governing body estimates that Austro-Czech Josef Bican netted 805 goals during a career that lasted from 1931 to 1955.

Ronaldo’s 12th-minute opener at Old Trafford was a superb strike from distance that helped him equal the record.

The Portugal international then went past Bican with a tap-in from Jadon Sancho’s neat pass to put United 2-1 in front before powerfully heading home his third and the winner to spark wild celebrations in the stands.

It was the 59th hat trick of Ronaldo’s career and his first for United since 2008 following his return.

“It was a beautiful game and a beautiful reaction from us,” United midfielder Paul Pogba told BBC Sport. “We hurt them at the right times and Ronaldo did what he does best.

“He has never been a problem. You have the best striker in history in our team, it cannot be a problem. Today he showed why he is Cristiano Ronaldo. The performance from him and all the team was very brilliant.”

Ronaldo’s goals have been scored for Sporting, United, Real Madrid, Juventus and the Portugal national team. The Czech FA has said that Bican’s total was actually 821 goals following a review of his statistics.

Brazilian strikers Pele and Romario each scored more than 1,000 goals during their careers, but those statistics include strikes in amateur, unofficial and friendly matches.

“Today it was his best performance, at least since I arrived,” United interim manager Ralf Rangnick told Sky Sports. “He was good in training on Thursday and that is why I decided to start him. Fantastic performance by him but also by the rest of the team.

“He can [get 70,000 people off their feet], but again he can also do it only with the team. A fantastic performance. It was not just the three goals today it was also he was part of the team when they were in possession of the ball.”

Black Sherif stuns fans as he pops up unannounced with new...