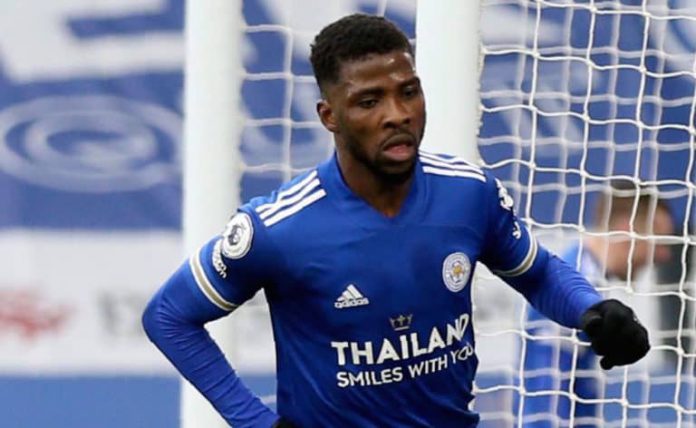 Leicester City manager, Brendan Rodgers, has cited Kelechi Iheanacho’s inability to properly fit into his new playing style as the reason why the 25-year-old has had to spend more time on the bench this season.

The former Manchester City man was the Foxes’ highest goalscorer last season with 19 goals and nine assists in 39 appearances, of which 24 were starts.

However, the Nigerian star’s situation has not been ideal this season, as the arrival of Patson Daka from Salzburg and the return of Harvey Barnes from injury hasn’t done him any favours, restricting him to just eight starts in all competitions this season.

Last season, Rodgers used a 4-4-2 formation, which made sure that Iheanacho got a lot of playing time, especially between January and May. It was quite productive as his brilliance helped Leicester City secure the FA Cup and a fifth-place finish in the Premier League.

However, this season, the former Liverpool gaffer has changed to a 4-2-3-1 with space for only one striker, and Rodgers believes that Iheanacho would not fit in properly into the system.

“I think we’ve said it before: he’s best in a two, that’s clear, that’s when he’s been really good,” Rodgers said as per Leicester Mercury.

“He’s training well, he’s a great professional, Kels, and he knows he’s going to feature over the course of this period at some point.” Iheanacho will hope to get his chance when Leicester City take on Napoli in their final Europa League group game on Thursday evening.

You Can Leave, Rangnick Tells Pogba