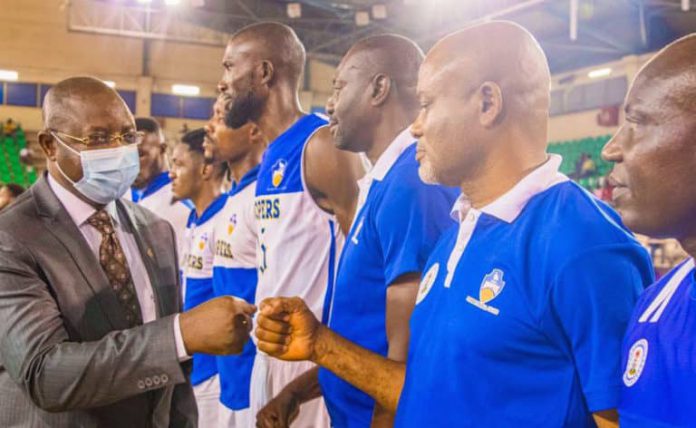 Anaiye Johnson, Championship MVP,  propelled Hoopers over the Bulls as he scored 12 points, collected 5 rebounds, 6 assists and had one block, and just as important as his 75 percent shooting from distance was crucial.

Accompanying Johnson stellar play was the contributions of players like Koko Anthony, who finished the game with 14 points, 10 rebounds while the duo of Ekuma & Oriakhi poured in 10 each in the win.

It was Bulls who lead after the opening quarter 22-16 but Ogoh Odaudu’s men came from behind to lead with five points 36-31 at Half time then  followed by strong defense to see off Coach Abdulrahman Bulls.

Abubakar Yakubu game high of 18pts did little for the Bulls who ran out steam from the third quarter and also lost out on rebounds 39-45.