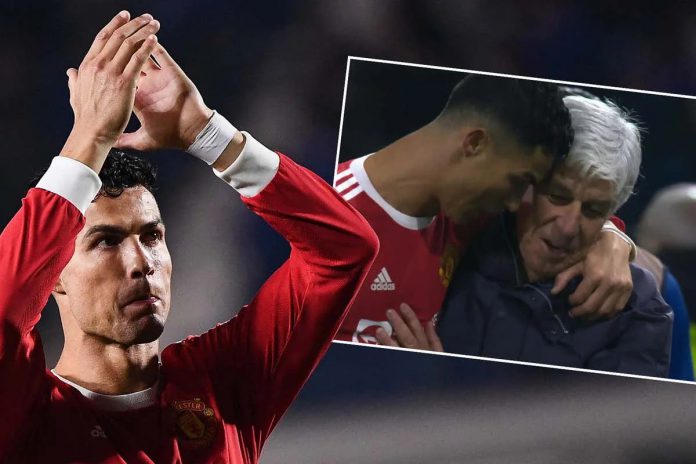 Ronaldo’s defensive side has been called into question in recent weeks, with his lack of pressing criticised as part of United’s inconsistent form this term.

Yet, the forward was once again his team’s hero on Tuesday night, scoring at the end of each half to rescue a crucial point in their Champions League encounter at Atalanta.

The late goal is his third in the Champions League this term, having also netted in the 81st minute in the 3-2 win over Atalanta in the reverse fixture and also a last-gasp winner over Villarreal – in addition to his opening night strike in the defeat at Young Boys.

Following the game, former United team-mate Ferdinand praised the 36-year-old for always delivering when the pressure was fully on the Red Devils at crucial stages.

‘At that critical moment he steps up – in any country, in any stadium, at any time. He just arrives on the biggest occasions and delivers.

‘There aren’t anymore words that we can say about this guy than the way he puts the in the back of the net.’

United fell behind to a Josip Ilicic strike in the first half in the group stage tie in Bergamo, and looked to be heading into the break on the back foot before Ronaldo struck in stoppage time following a slick passing move from the visitors.

Duvan Zapata then restored Atalanta’s advantage just over 10 minutes into the second period with the Italian side then looking like they were going to hold out for a famous win over the Premier League outfit.

But Ronaldo stepped up to hit a crisp low effort from the edge of the box into the bottom corner as the game ticked into stoppage time, grabbing a crucial point for a stuttering United.

The result means United now head into the penultimate match day top of their Champions League group and with a chance of sealing qualification for the last-16 with a game to play.