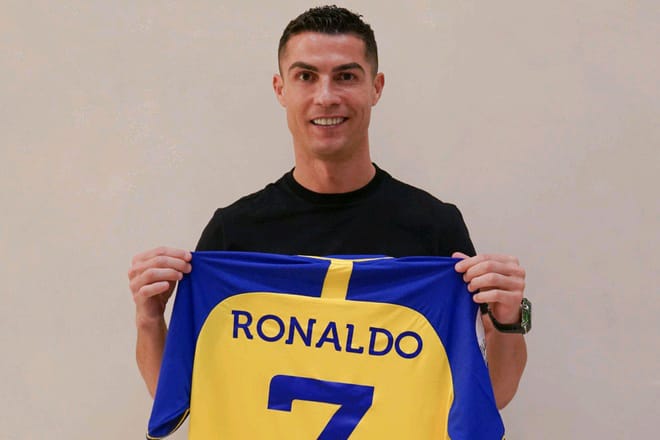 The world’s richest footballer is worth 15 times more than Cristiano Ronaldo despite his mega-money move to Saudi Arabia.

Ronaldo has a net worth of £425million, which is compiled of brand deals with Armani, Unilever, Nike, Herbalife and DAZN. Those partnerships bring the 37-year-old £34m annually.

And he was raking in £62.5m a year whilst playing for former club Manchester United, but that amount has been gazumped by the £173million Ronaldo will reportedly earn every 12 months at new club Al Nassr. The forward confirmed his transfer to the Middle East yesterday, and he could attain an eye-watering £1.3billion if he stays there for the duration of his seven-year contract.

But despite his new fountain of wealth, Ronaldo’s bank balance is still peanuts compared to former Arsenal youth star Faiq Bolkiah who is worth a staggering £20billion.

Despite being relatively unknown in the football world, Bolkiah is the world’s richest player, and already infinitely wealthier than Ronaldo. However, unlike Ronaldo, Bolkiah hasn’t amassed his wealth from his endeavours on the pitch.

The 24-year-old was born into money as his dad Jefri is the brother of oil tycoon Hassanal, who’s the Sultan of Brunei. And Bolkiah’s royal connections have ensured that he’s one of the recipients of his uncle’s exorbitant fortune.

But unlike his family, Bolkiah’s passion lies in football and he began his career in England as a teen with spells at Southampton, Chelsea, Reading and Arsenal, before signing his first professional deal Leicester City in 2016.

However, Bolkiah didn’t make the cut for the Foxes and now plays for Thai side Chonburi FC where he moved to earlier this year, after being released by former club Maritimo in December 2021.

Although there’s no comparison between Bolkiah and Ronaldo’s wealth, they do have similar football stories as Ronaldo was also released by his last club United.

But Ronaldo’s exit was self-inflicted after he slammed his former employers in a shocking tell it -all interview with Piers Morgan, culminating in his move to Saudi Arabia.

Teachers angry with govt for defaulting in Tier 2 pension payments

Rwandan Hakizimana is referee for Nigeria, CAR clash on Sunday