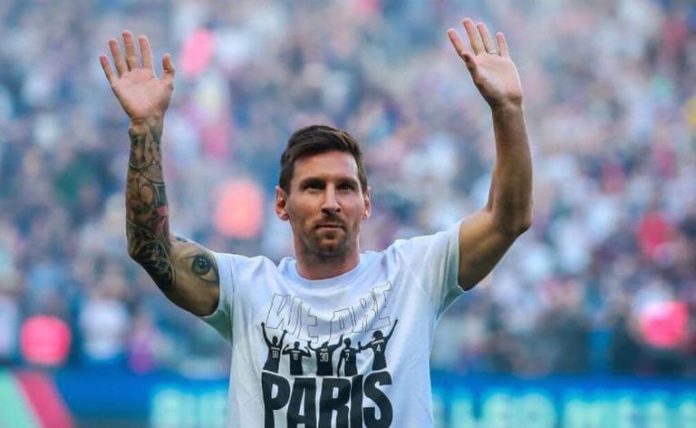 The signing of Lionel Messi has generated Paris Saint-Germain an extra €700million (£612m) in income due to commercial deals.

Messi joined PSG on a two-year contract a year ago from Barcelona as a free agent. Messi’s contract at the club sees him earn £34m (€40m) for the final year in Paris, having earned £25.5m (€30m) from the first year of his deal.

The details are reported by El Economista, who outlines the increase in sponsorship and branding across the club, which brings in significant income streams that largely offset the cost of signing the Argentine superstar.

Marc Armstrong, PSG’s business director, has told Marca about the impact of Messi’s arrival: “Demand has grown between 30 per cent and 40 per cent.

When one of these transfers takes place, people think that they are paid by selling shirts, and that is not entirely the case. You cannot produce a lot of extra shirts.

The agreement is made to cover some minimums, which are very important, but you cannot satisfy all the demand for Messi shirts.”

There is a common misconception following big-name arrivals that is based on the premise that football clubs receive most of the money from sales of their merchandise.

For shirt sales, this is not the case with clubs making a profit from pre-agreed deals rather than individual sales. However, future deals are based upon those sales so they do generate a longer-term benefit.