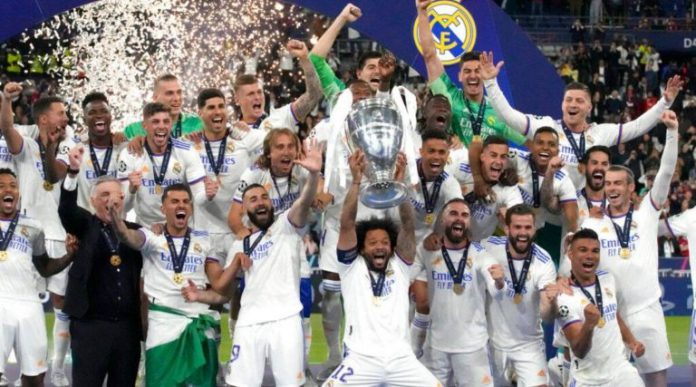 LIVERPOOL yesterday failed to avenge their defeat against Real Madrid four years ago in the Champions League final.

It was Vinicius Jr who won the trophy for Real when he tapped the Spaniards in front in the second half from close range.
In the first half, the Reds had a lucky escape after a defensive mix-up saw Karim Benzema tap the ball into the net.

However, the linesman flagged the goal offside and VAR agreed with his decision despite Fabinho being shown to have had the final touch as the Brazilian was adjudged to have deflected the ball rather than making deliberate contact with it.

Mo Salah then appeared to have the goal at his mercy from inside the six yard box but Courtois game up with a second miraculous save of the night after forcing a Mane shot onto the post in the first half.

The Belgian goalkeeper won his personal duel with Salah once again minutes later as he saved a shot at his far post.

The second half was explosive with both teams thrilling anxious fans and at the end of 90 minutes, it was Madrid one and Liverpool nil.

Dele Alli gives a timely reminder to Jose Mourinho of his...