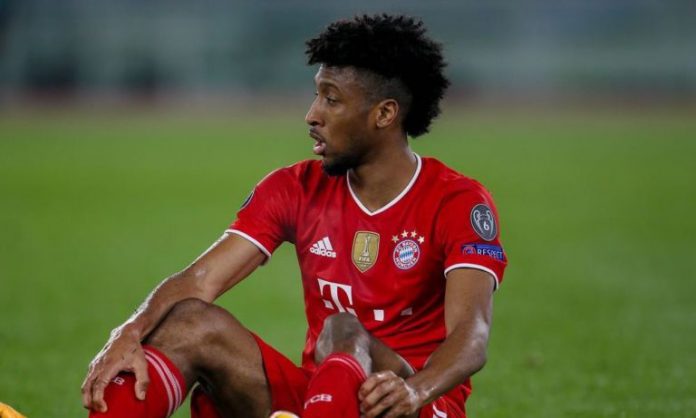 Real Madrid are reportedly keen to explore a deal for Bayern Munich attacker Kingsley Coman. Los Blancos are likely to sign Kylian Mbappe on a free transfer next summer, but Eden Hazard and Gareth Bale are both expected to leave Bernabeu ahead of the 2022-23 campaign.

According to Fichajes, Carlo Ancelotti’s side want to sign another wide forward in addition to Mbappe and have identified Coman as a leading target due to his potential availability.

The report claims that Paris Saint-Germain, Chelsea, Manchester United and Juventus are also keeping a close eye on the developments surrounding the France international.

Coman has again been a regular for Bayern during the 2021-22 campaign, making 17 appearances in all competitions, contributing five goals and two assists in the process.
The 25-year-old’s contract at Allianz Arena is due to expire in June 2023, though, and the Bundesliga champions are said to be struggling to sign him to an extension due to the attacker’s wage demands.

Raymond Omollo – from Researcher and Data Manager to Interior Principal...