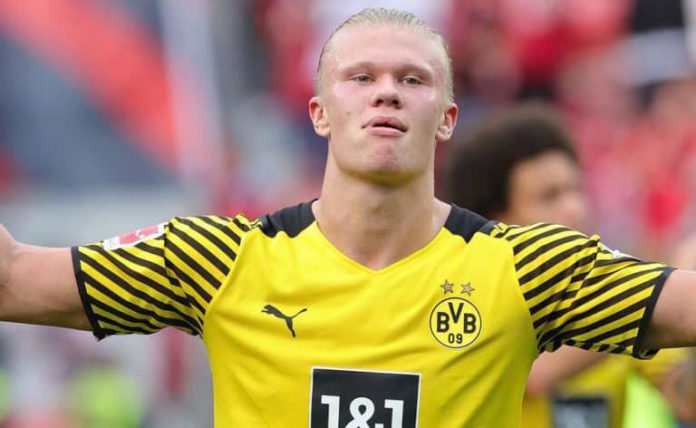 Real Madrid will reportedly make a move for Dani Olmo in the summer if they fail to capture the signing of Erling Haaland from Borussia Dortmund.

According to Defensa Central, Real Madrid will consider launching a swoop for RB Leipzig attacking midfielder Dani Olmo if their pursuit of Erling Haaland fails in the summer transfer window.

Olmo, a former Barcelona academy man, has been with RB Leipzig since January 2020, when he signed from Dinamo Zagreb. The 23-year-old has been a fine addition to the ranks of the Bundesliga club, impressing the onlookers with his versatile nature and technical ability. He has also been a huge hit with the Spanish national team, shining under the tutelage of Luis Enrique.

Olmo has been heavily linked with a big move away from Leipzig since last summer, with a return to Barcelona having been mooted, while he had also been linked with Real Madrid. A move did not materialise, though, and he stayed put at Leipzig, where he has continued to enhance his reputation.
Heading into the summer, though, the same links are resurfacing, with Barcelona believed to be in talks with Olmo over a possible move, while Real Madrid are also now said to be looking at the Spanish international as an option in case they fail to land Erling Haaland.

The 21-year-old Borussia Dortmund ace is one of the top targets for Los Blancos ahead of next season, along with Kylian Mbappe. While the latter’s signing is believed to be in the bag, things are much more complicated with regard to Haaland as he has multiple other suitors in Manchester City, PSG. At the same time, the finances involved are also outrageous.

So, there is a chance that Real Madrid will end up missing out on Haaland. And in such a case, the report claims that they will look to make a move for Dani Olmo. While the Spaniard would hardly be a like-for-like replacement for the Norwegian international, he has proven himself to be capable of playing anywhere across the frontline, be it on the flanks or through the middle as a false-nine.

Furthermore, the report adds that Real Madrid are keen on adding more depth and quality on the right-wing, where Rodrygo Goes is their only natural option at the moment. To that end, the Merengues could consider launching a swoop for Dani Olmo and look to pair him up with Mbappe and Vinicius Junior in a deadly frontline for years to come.

Liverpool is being linked with PSG striker Kylian Mbappe