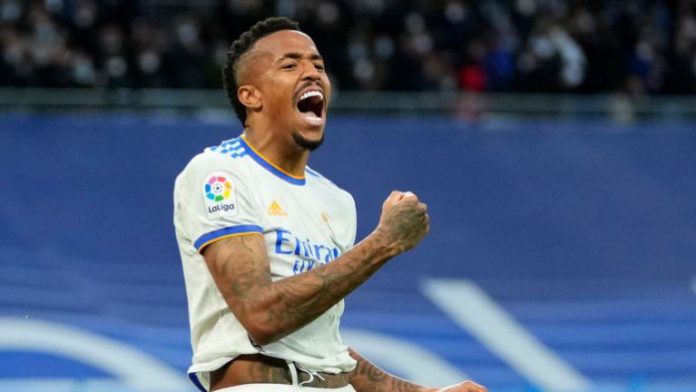 Spanish giants Real Madrid are reportedly going to offer Brazilian defender Eder Militao a contract extension until the summer of 2028, according to multiple reports from Marca today.

Militao’s current deal is good through 2025, and he makes close to $4 million annually. In addition to extending his current deal until 2028, this new one will increase his income to about $7 million and include a $500 million release clause.

According to Marca, Real Madrid will formally announce this choice after the preseason tour of the United States is through.

The 24-year-old has deservedly earned a contract extension. After Sergio Ramos and Raphael Varane, Militao has played a key part in taking over as the starting center-back.

Although he experienced a drop in performance last season, his game reading has been very impressive. The contract extension will do wonders for his confidence, and the addition of Antonio Rudiger can only rekindle the Brazilian’s sense of competition.

Meanwhile Real Madrid left-back Miguel Gutierrez is on Manuel Pellegrini’s radar, according to multiple reports from journalist, Ekrem Konur. The Seville based club would explore the option of a loan with a buy option if starting left back, Alex Moreno, eventually leaves the club this summer.
Nottingham Forest, have been heavily linked with a move for Alex Moreno according to The Athletic’s David Ornstein.

Despite the impression Miguel Gutierrez has made at youth levels, Ancelotti does not feel the player is ready for the Real Madrid first team. After the disaster loss to FC Sheriff in the Champions League last season, Miguel did not see any further minutes with the first team following that match.