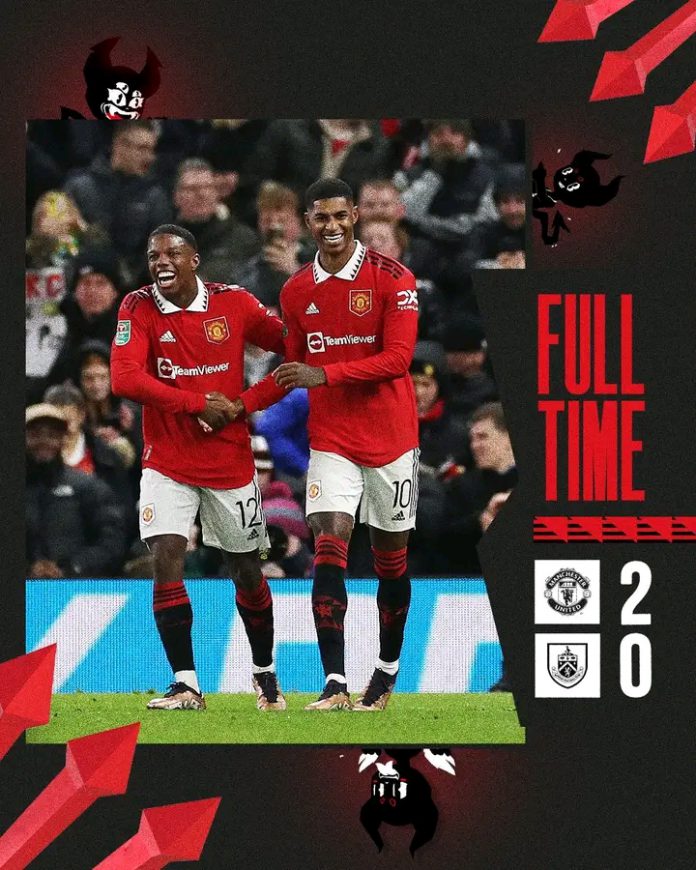 Marcus Rashford wasted no time readjusting to club matters after his World Cup campaign with England as he scored a fine solo goal in Manchester United’s EFL Cup win over Burnley at Old Trafford.

Rashford was one of five United players on duty in Qatar to make manager Erik ten Hag’s starting line-up.

And after one, Christian Eriksen, had put the hosts ahead just before the half hour with a fine first-time finish after Aaron Wan-Bissaka has provided his first goal assist since May 2021, Rashford took centre stage 12 minutes into the second period.

Given too much space as Burnley’s defence backed off, Rashford started running 10 yards inside his own half and didn’t stop until he had sprinted into the box, darted between Jack Cork and Jordan Beyer and driven his ninth goal of the season into the bottom corner.

It was enough to earn United only their second home win inside 90 minutes in this competition in five years.

It was also a positive way to start a new era without Cristiano Ronaldo, whose high-profile exit was ignored by the home fans, unlike the other major storyline of United’s World Cup, a potential sale by the Glazer family, as supporters sang familiar songs demanding the exit of their American owners.

Lionel Messi given heroes reception as he returns home to his...