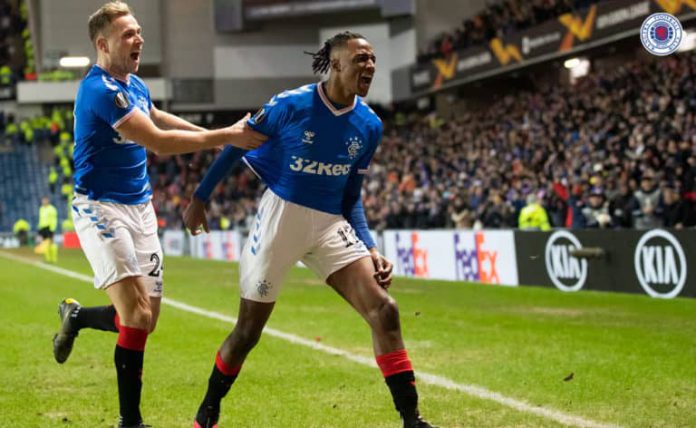 Glasgow Rangers are prepared to sell their midfield maestro, Joe Aribo, for a reduced fee in the summer transfer window, according to Allnigeriasoccer.com.

The Nigeria international, who will enter the final year of his contract with the Light Blues on July 1, 2022, has made it clear that he is not interested in prolonging his stay at the Ibrox Stadium.

Rangers currently value Aribo at €10 million (approximately N5.6 billion in Nigerian currency) but will entertain offers from €5 million (N2.8 billion) in the summer.

The Scottish Premiership champions have brought down his asking price ahead of the summer transfer window because the Super Eagles star is out of contract at the end of next season.

Since landing at Rangers from Charlton Athletic in 2019, Aribo has made 127 all-competition appearances, scoring 23 goals.
On the international stage, the 25-year-old impressed for the Super Eagles despite their early elimination from the 2021 Africa Cup of Nations.